Home Sports Liverpool Vs Chelsea: Salah Has Nothing To Prove – Klopp
Sports

Liverpool Vs Chelsea: Salah Has Nothing To Prove – Klopp 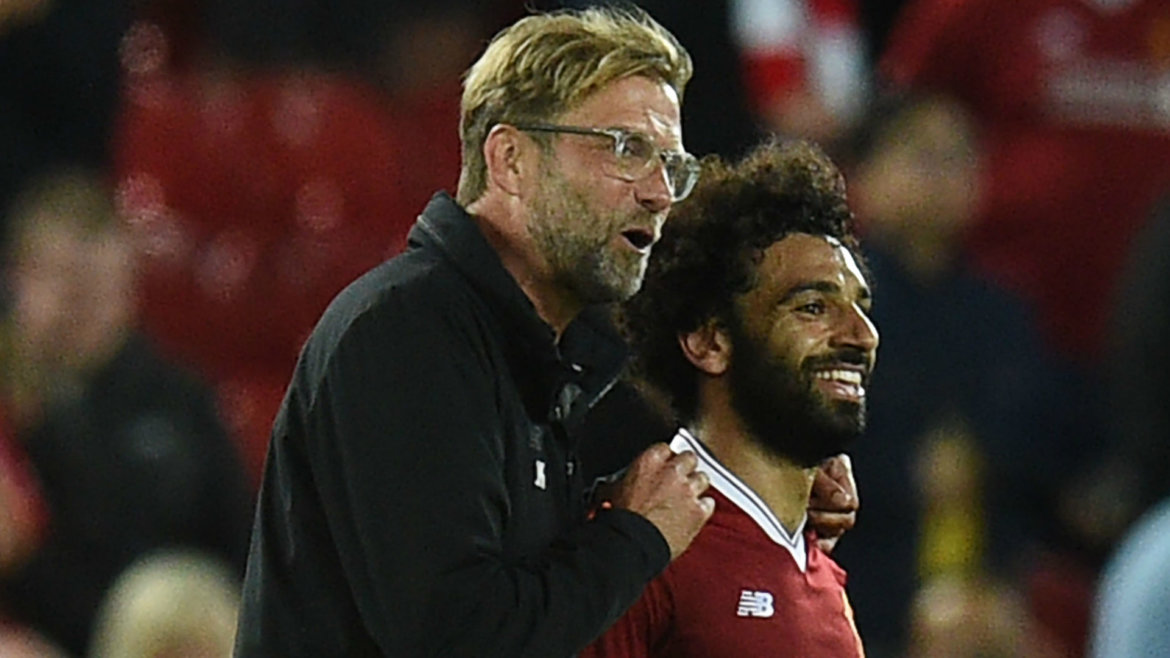 Liverpool manager Jurgen Klopp says Mohamed Salah has nothing prove when he returns to his former club Chelsea this weekend.
The forward has impressed this season at Anfield but failed to make a significant impact during his time at Stamford Bridge before leaving.
“He was very young in a very strong team and didn’t come through. That happens often,” Klopp said.
“Another player similar is Kevin de Bruyne and he is not doing too bad now.
“They already had a fantastic offensive team. Nobody is to blame and for sure not Mo.
“He has improved a lot, especially physically-wise. I don’t think he has to prove something and I don’t think he sees it like that.”
Klopp has also been asked about the future of Emre Can who is out of contract at the end of the season.
“We want to keep players and they think if it make sense for them,” Klopp said.
“We have to be attractive as a club.”

He said Emre Can is a doubt for the game and did not confirm whether Adam Lallana or Joel Matip would return from injury.
“Emre struggles a little bit with a muscle [injury].
“Adam is on the way. We have to see how he handles this in the next few days.
“Joel Matip trained with the team yesterday, so we’ll see. It’s good with both of them.”

Liverpool Vs Chelsea: Salah Has Nothing To Prove – Klopp was last modified: November 24th, 2017 by Damilare Salami