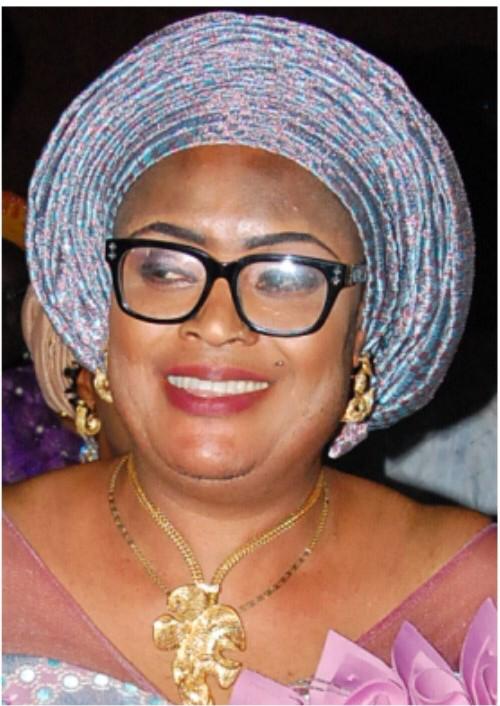 Gists From The 10th Year Remembrance Of

10 years after the glorious exit of a sage, Late Chief Dr. Felix Adeyemi Odubiyi (JP), he has always held a special place in the lives of his children, family, and the circle that he has influenced in many spheres.

On Saturday, 3rd of August 2019, the family of late Chief Dr. Felix Adeyemi Odubiyi (JP), the Lukotun of Kenta Christians held the 10th year remembrance of their father, grandfather, uncle and husband who during his lifetime impacted a lot of lives and was a role model to many. The church service was held at the ancient African Church Cathedral of St James, Idi Ape Abeokuta, while reception followed at the Cathedral of St Peters Hall, Ake Abeokuta with Chelsea Bobo on the bandstand.

The guests were treated to memorable hospitality at the venue.

Chief Niyi Adegbenro, the Baaloro of Egbaland was among the dignitaries who graced the event. He arrived early for the reception and he spent quality time with some of his friends who also joined him on his table.

The former presiding judge, court of Appeal, Edo State was on ground with wife and friends

Mrs. Irene Afolasade Kokumo, one of the permanent secretaries in Ogun State was present. She is a close family to the deceased, this explains why she was very supportive and also catered for her own guests personally. As usual, she was dressed in a well-designed outfit. She enjoyed every bit of the party as she was in a dancing mood all through.

Chief Afolabi Sodunke, otherwise known as Afo guarantor was not only one of the dignitaries present, but he was also very supportive prior to the day of the event and even on the day of the main event. He also came with many friends.

Members of the oldest social club in West Africa, the Abeokuta Sports Club were fully represented, a large number of the members were at the event.

Former commissioner for special duties, Chief Olu Odeyemi was fully on ground for the remembrance. He came early for the church service and was at the reception till evening.

Chief Mrs. Veronica Atobatele, wife of the Balogun of Egbaland and the owner of Ayaba’s closet was at the event. As usual, the fair skinned, former screen diva stepped into the venue in white glass fabric, with her make-up looking flawless.

Ogun popular high life juju band, Chelsea Bobo was on the bandstand. He sure knows how to keep guests on their feet with his beautiful melodious tunes.

Princess Folaremi Adetokunbo Jenfa is Baba’s fifth child, she is based in London. A lawyer and businesswoman, she was the reason why the event was graced by top socialites in Abeokuta. Her family, friends and well-wishers were also on ground to make the program eventful. The coordination and communication between siblings and family members point to the assiduous effort of the late sage to ensure formidable unity amongst all and sundry.

Princess Folaremi’s husband, Mr. Timothy Babatunde Jenfa, a former Business Manager, commercial banking, First Bank of Nigeria limited, was also there to support his beautiful wife, while she welcomed and ushered guests to the ready-made classy tables. The huge turn out and the support shown to the deceased family proves that Pa Odubiyi would definitely turn in his grave for the honour and unrivaled show of love that his beloved children gave him

Chief Dr. Felix Adeyemi Odubiyi was born on 13th August 1929 at Abeokuta Ogun State to the families of Odubiyi and Ogunbona. He was well educated and later went to the UK to complete his education. He got married and was blessed with children. After many years in the UK, he came back to Nigeria and joined the government. He was the first secretary of the Ibadan north local government. He also worked with the ministry of transport, Ilesha in Oyo state, and Ibadan as a road engineer. He was the chairman of the Oyo state road maintenance agency.   He later worked in Ondo state for many years and was popularly known as DASIKOTO. He saved many lives through operation DASIKOTO (throw it into the pit or garbage it into the pit) when he mandated all road side traders to move their wares and relocate to stores in the market. Daddy was a social man and a sportsman to the core. He was a coach at Victory College, Ikare. He later graduated as a FIFA badged international referee. With all these activities, he still had time for his family. He was a good father who loved his children and can die for them. He encouraged all his children to be educated, he laid down a good legacy for all his children and the people around him. He was blessed 18 children, numerous grandchildren, and many great-grandchildren. He lived a good, disciplined and diligent life .he was a father to be proud of. He had many adopted children who also loved him like a father. During his lifetime, he was a political leader and administrator.

He was a committed political leader, who cherished his party so well that he dedicated one of his buildings to be painted with the color of his party. He became an American citizen in 2006.

He fell ill while he was preparing  for his 80th birthday. Chief Dr. Felix Adeyemi Odubiyi left for the hospital on Sunday, 10th Nov 2008 and answered the call of his creator on Sunday, 30th November 2008 at UCH Ibadan after a brief illness, and was buried February 2009.

He was known to be a loving, honest, realistic, industrious, courageous and generous father.

From tributes and the standing of the family Pa Odubiyi left behind, one can see the impact of his influence and the legacy left behind by such a good and generous dad.

Speaking with some of the guests at the event, a top legal luminary, Retired Chief Justice G O Soremi stated that those who knew baba in his lifetime will never forget him easily. He averred that many others who never met him, but felt his influence one way or the other will remember him.

Despite the fact that it’s been 10 years since he departed this world, the recollections bespeak the misery of a watching world that fell in love with this wonderful father, husband, uncle, and grandfather. Princess Folaremi, her siblings and other family members rued the final departure of their patriarch struggling in their grief to deal with the humbling reality that their mentor had set out alone into eternity.

Celebrating the beautiful Abdullahi twins As They Add +1