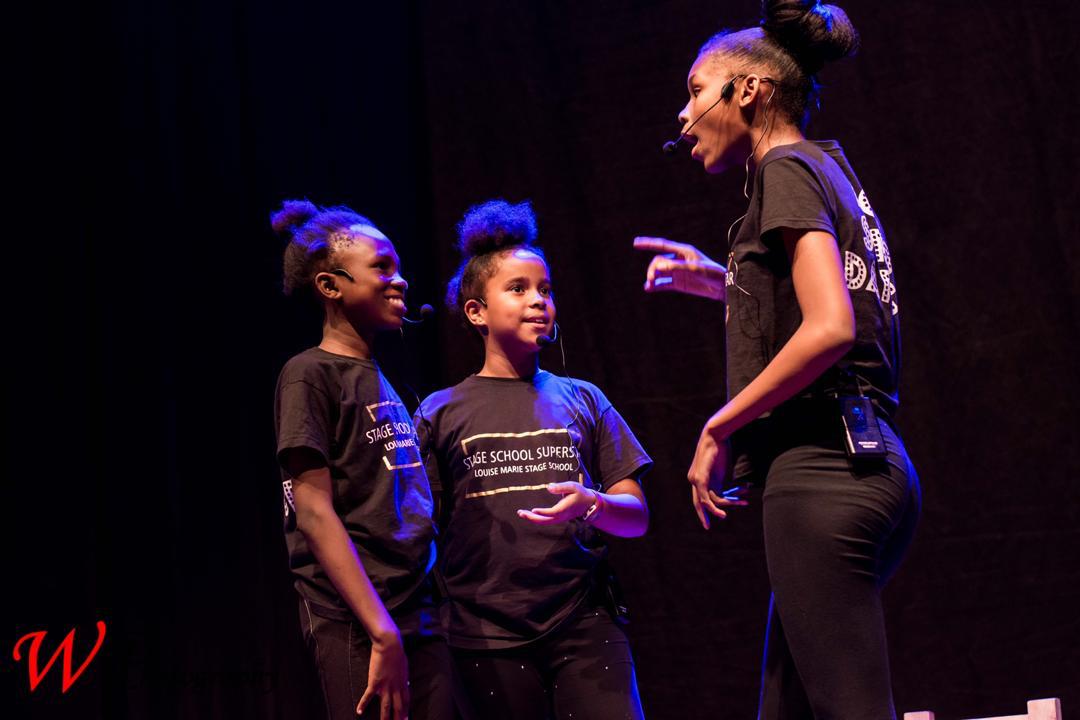 Louise Marie Stage School is one of the leading drama, singing and dance schools in Nigeria and one of their aims is to change the lives of the children for the better,by developing strong confident characters that will make a difference to their generation and they believe every child has something special within them, Titilope Oshunlalu reports.

The end of year performance was colourful and filled with delight as children aged from 3 to 15 gave the performance of their lives, without the supervision of their teachers, and proved that they were a force to be reckoned with. Titilope Of Citypeople Magazine was there to cover the event

The show, held at Agip Recital Hall, Muson Center, Lekki Lagos. on 14th December, 2019. was opened with a speech by the school director Miss Temi Conde,she welcome all the parents and spoke to them about the importance of giving their children the opportunity to exprsss themselves, and appreciated them for attending.

There were several fantastic performances and the show started with a joke presentation by Tiwa & Dubem, a solo performance by Efemena Victor- Olumo,who performed Little red riding hood, a brilliant piece on the issue of child marriage, and a solo singing performance by Tise illo.

There were many more presentations from students who attend the Louise Marie Stage School branches in Chevron, Ikeja and Victoria Island.

The event was full and packaged with entertainment, more singing, dancing , miming, drama and more, one of our favorite pieces was titled “The girl who wants to be a dancer” the children performed the story of a girl whose parents refused to let her follow her dreams, they insisted that instead of her going into dance, she should become a doctor, at the end of the piece she came 1st and was given an award and her parents eventually became proud of their daughters talent.

At the end of the event, Miss Temi Conde director of LOUISE MARIE STAGE SCHOOLS grant city people Titilope Interview in the interview she explained how she started performing arts since age 11 in London and she has performed in well-known theatres in the United Kingdom, Miss Temi, who studied BA in acting and has filmed alongside Ricky Gervais in his TV series called Life’s too short (BBC) says that her passion for the arts is what drove her to establish Louise Marie Stage School.

Miss Temi Conde is a professional in the arts and she has professional performers as teachers in LOUISE MARIE STAGE SCHOOLS .

She wished her parents, team, and children succeed in all they do, she explained that the stage school fee is affordable, and believes that parents will make the right choice by investing in their children’s confidence development, as confident children become confident adults.

LOUISE MARIE STAGE SCHOOL was established 6 years ago, and aims to continue to serve their students and support parents along their path of building their children to be unstoppable.