LSDPC Out With 7 New Affordable Estates 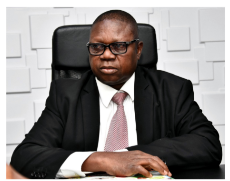 If you drive past the LSDPC office in Ilupeju in Lagos right now, you will notice the large advertisements boards placed on the wall of the corporation, announcing the ongoing sale of several flats and apartments, in about 7 of its estates across Lagos.

One of it is called The Iconic Towers on Sinari Daranijo Street in Victoria Island, Lagos. All the apartments and flats in the estate are now on sale. The 2nd is Ilupeju Apartments, at the Olutunda area of Lagos. The 3rd is The Avenue at Ogudu in Lagos, where there are 4 bedroom duplexes with maidsroom. The 4th is Lekki Apartments in the Lekki area which is now selling. There you can get 1, 2 & 3 bedroom flats. The 5th is Bayview Estate Ogudu which is also now selling. There are 3 bedroom flats with maids room.

The 6th estate is Courtland Villa at Igbokusu in Lekki, in Lagos. It is now selling. It consists of 4 bedroom maisonettees with maids room.

The 7th is Bayview Estate at Elegunshi area of Lagos which is also now selling. There are 4 bedroom terraces with Maids room.

What role does LSDPC actually play in the real estate business in Lagos? We asked the MD/CEO of LSDPC, Architect Dhikrullah Adedoyin Har-Yusuph a few days back and he revealed a lot to us. He has been the one running LSDPC since 18th September 2018 when Gov. Sanwo-Olu exited the seat as MD/CEO. And he has done a good job of it.

He explained that LSDPC is an organisation with a lot of commitment and service to the government and citizens of Lagos State and Nigerians, at large. “As for the specific things we do at LSDPC, we are into real estate development. We build houses. We build commercial complexes. We sell houses and we rent out commercial complexes. So we have our estates and properties located largely on the Mainland and Island, Lagos State. We have properties around the Lekki axis”.

When was LSDPC established?

“LSDPC was incorporated in 1972. It is an amalgamation of 3 existing bodies at that time: First, was Lagos Executive Development Group (LEDG). We also have Ikeja Town Planning Authority and Epe Town Authority. The amalgamation of these 3 organisations now make up what we now know as LSDPC. It was created after the creation of Lagos State. Lagos State was created in 1967 and LSDPC was created in 1972. The development initially, was mainly the settlement scheme in Surulere and later on, it moved into another commercial development of housing estates like Adeniran Ogunsanya Shopping Complex, LSDPC house, Nnamdi Azikiwe. We have other commercial developments later on in the year 2000, that is Ogba Shopping Arcade and we now have a place called Alausa Shopping Mall, for the Lagos State Printing Corporation on Awolowo Road, Ikeja.

During the regime of Governor Lateef Jakande, LSPDC was deployed extensively to provide affordable housing or what we call low-cost housing for Lagos; to ameliorate the housing demands. All these estates were used as a  catalyst for development. Some of them were allocated in remote areas like Abesan Ipaja. We have another one at Oke-Afa, Isolo, which also led to the creation of the rest that leads to Idimu, Ikotun. We also have Ije-housing estate. We also have Jakande, along the Lekki axis, at the 5th roundabout. So, our estates are remotely located, apart from few that are located in Lagos Island, Apapa road.

After the year 2000, the laws of Lagos State was amended to make LSDPC a fully commercialise entity and as a fully commercialise entity we are expected to go into real estate development. We are also allowed to bring in private participants into our project (joint-venture), so that we can assist the populace to activate the economy by making use of their funds to create what will be beneficial to all of us and in that way, it reduces the burden on the government resources, and we also make sure others can benefit. Right now, we have a lot of Joint Venture estates. We have one at the 3rd roundabout. We call it Lekki Apartment. We have another one at Ikate Elegushi, Bayview Estate and at the 5th roundabout, around Femi Okunnu housing estate. We have a project ongoing that we call Courtland Luxury Apartment. All these 3 are actively ongoing and nearing completion. But at Ogudu axis, we have a very big project on going there by 4 partners; one is working on duplexes, the other one is working on terraces. We have one that is working on both duplexes and blocks of flats, while the 4th partner is working on tower buildings; that is a block of flats and two-bedroom for off-takers that are ready to key-in into it.

These partners come in with their funds and with their technical ability to develop and we (LSDPC) provide land. And on completion of the exercise, we share the proceeds or products based on the equity participation of both LSDPC and the partner(s).

Outside this J.V, we have tried to do some development on our own. Currently, we are at Ogba housing estate. We call the place NOB Oluwa Street in Ogba. We are currently putting up 32 Flats there, for the people that can afford it. Beyond all these, we have properties/development at Odunla Estate. Odunla is on the outskirt of Ikorodu. We have large expanse of land there. They have been partially developed since 2008. But now we are waiting for partners to join us and develop the estate. You also know that the Ikorodu/Sagamu road construction is on-going and we need to take advantage of that. We know that accessibility has always been the bane of where the individual wants to live”.

“And in the last one year I’m here, it has been very challenging, but it’s also good. We give almighty God the glory and praise for supporting us in what we do and making sure the track that was left we are able to maintain it and keep the progress steady. And we will continue to do that so that we can be able to achieve the aim and objective and thereafter be able to deliver to the people. We are also striving to deliver products that can be acceptable to the people because it’s two-way affair: whatever you are doing must be acceptable to the end-users. But so far, so good, I believe we are on course.

What are the advantages of buying houses from LSDPC  we asked him?

“The first major advantage you gain buying from LSDPC is that you know that your transaction is secured, you know you are dealing with government. LSDPC is not an individual or a group of two or three people, it’s the government. Once you buy from the LSDPC, you are sure of the source and you are also sure that what you are buying is secure. There is ease of documentation, on all the properties we are developing, We have Global C of O for it, from there we give you Title of our survey. And you are sure that any amount paid to us is not lost. We are not in the habit of saying you paid today and tomorrow we tell you the price has gone up. We try as much as possible to work within the confines of our budget and we also try to shy away from cost over-run, so if you buy from us you will get your documentation easily and you can also verify from those who have dealt with us in the past.”

What is the mode of operation of LSDPC like? Does LSDPC just sell houses and develop new estates like other real estate developers?

His response: “The operation of LSDPC is majorly real estate development, management and sales. We develop houses and sell and sometimes, we let offices, office blocks and commercial centres. When it comes to sales of land, that is the work of another arm of government called Lagos Land Bureau. They are principally in-charge of land. In actual fact, LSDPC sources their Land from land Bureau and occasionally from family, as well”.

What are the achievements of LSDPC over the years?

“LSDPC is 47 years old. The corporation in terms of achievements has done a lot. LSDPC is the proud owner of Surulere Scheme, from the stadium side to Adeniran Ogunsanya side, to Ogunlana drive. LSDPC is the proud owner of the Ilupeju Scheme you are seeing here. All these houses you are seeing here in Ilupeju were developed by LSDPC. LSDPC has also developed houses; all the tower blocks you see in Ogba. Then we have the resettlement scheme called Oluwole Ogba and Sogunro Ogba. They were all developed by LSDPC. We make sure that the urbanization programme is steady and they are also able to deal with the problem of slum.

I need to also talk about the intervention that was made during the regime of His Excellency Lateef Jakande. That was when the LSDPC recorded the highest number of housing units at the various locations and no other government has been able to do as much as it did then. But we are striving to see how we can surpass that in this regime, knowing that it’s a regime that wants to reach out to people and solve housing problems. So, we came up with our blueprint so that we can impact positively on the housing needs of Lagosians and also those in the diaspora”.

INSIDE LAGOS SALON WHERE PEOPLE CUT HAIR FOR 30K

How OLUWATOSIN BALOGUN Makes NIGERIA Proud In The US