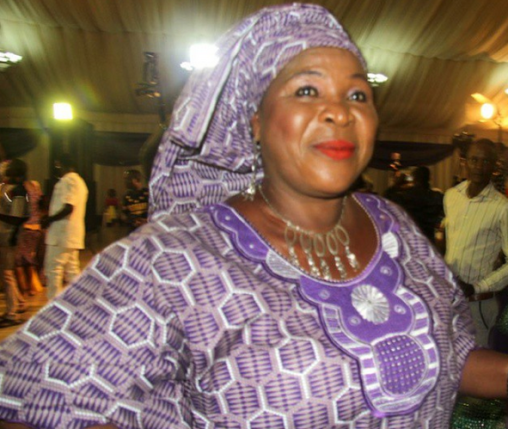 Famous actress, Fausat Balogun, better known as Madam Saje is the rave of the moment among veteran actresses rocking the Yoruba movie scene. The Kwara State-born thespian has finally taken over the leadership of the veteran actresses group as she now plays the lead roles in most movies emanating from the industry. Referring to her as a veteran could be an understatement as she has been in the industry since she was ten years old.

She became popular in the early 90’s for her role in the then television series entitled: Erin Kee Kee. Fausat has starred in more than 80 movies. That is not even the story for today. The gist is how she displaced her colleagues in 2016 to become the most sought-after veteran actress in the industry. If you are very conversant with the activities in the Yoruba movie sector, you will agree that Madam Saje’s success came over night after the decision allegedly taken by movie producers from Abeokuta Ogun State axis to place her ahead another veteran actres.Earlier,the actress was the most featured veteran actress, who took after the likes of Iya Rainbow, Iya Awero and others, while Iya Ereko is also there quietly dishing out her stuff . But all these became history as she is no longer prominent as she was before. However, yorubamoviegist.com did a thorough investigation on what could have influenced, the side lining of the lady, who was once in vogue. Her shortcomings at locations were said to have provoked and miffed directors and producers which, caused her to lose her position in the industry and opened the door for Madam Saje.

It was further learnt that the actress was impervious to corrections on stage, no matter the degree of insistence of director. Besides, it was alleged that anytime the production is suspended, she was always reluctant to return to the location, which was worrisome for producers and directors. Thus is why Madam Saje was pushed ahead to be playing lead roles. Since then, Madam Saje has become the most featured veteran actress with many movies to her credit. No wonder, a Special Recognition Award for her “remarkable contributions to the growth of the movie industry in Nigeria” was bestowed on her during the 2016 edition of the City People Entertainment Awards.