Home News If Magu is rejected because of DSS allegations, then Saraki should not be senate president- Sen Ali Ndume
News

If Magu is rejected because of DSS allegations, then Saraki should not be senate president- Sen Ali Ndume 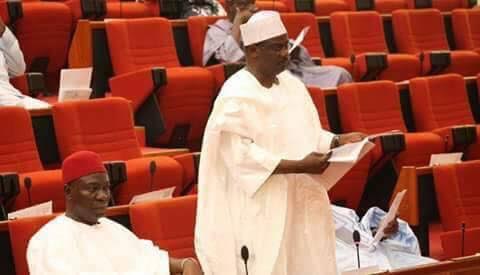 Senator Ali Ndume says if acting EFCC chairman, Ibrahim Magu, can be rejected because of allegations made by DSS against him, then Bukola Saraki should not be the Senate President because he is currently in court answering to allegations of false declaration of Assets leveled against him by the Federal government.

Speaking on Channels TV today, Ndume said there is no justification for Magu’s rejection by his colleagues. According to Ndume, himself, his colleagues and the senate president have been alleged to have committed different types of crime but yet they still remain in office. He argued that until such allegations are proven beyond doubts, Magu’s rejection by the senate is faulty.

If Magu is rejected because of DSS allegations, then Saraki should not be senate president- Sen Ali Ndume was last modified: March 16th, 2017 by Reporter