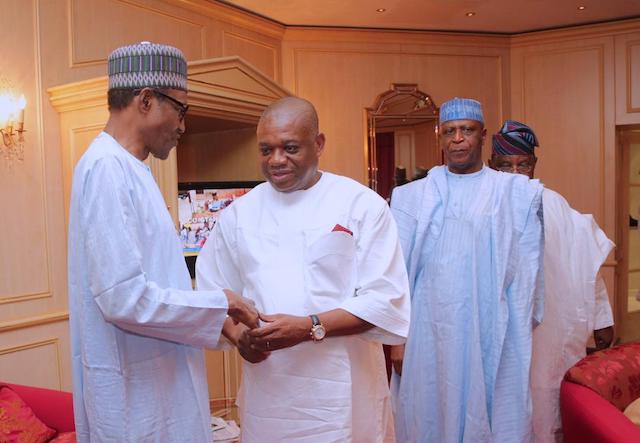 Former Abia governor, Dr Orji Uzo Kalu has indicated interest to contest for the position of the Deputy Senate President in the soon to be constituted 9th National Assembly.

Kalu who won the Abia North Senatorial district seat in the February 23rd election, said the South-East zone should be allocated the seat in the interest of equity and justice.

Speaking to newsmen at the Murtala Muhammed International Airport, Lagos today March 27th, Kalu said that he was aware that the APC, which had the majority in the Senate, had zoned the senate president position to the North-East and the Deputy Senate President to the North-West. Reacting to this development, Kalu said

“I am a very loyal party man. The party has zoned the senate presidency position to the North-East and I want to respect the party’s will but the second position is what we are not going to allow to leave the South-East.  So, as far as I am concerned, in the South-East, I am going to run openly on the floor of the House for the position of Deputy Senate President.

“I am not going to listen to the party neither will I listen to anybody. Nobody that wants to be the Deputy Senate President is more loyal than I am to the party. I have suffered for the party and have been called by Nigerians to come out. I want the party to respect the will of every other person and I am committed to democracy and contesting on the floor of the House.”

“So, for me, the tripod in Nigeria is Ibo, Yoruba and Hausa and we are going to get the deputy senate president and I will fight on the floor of the House like no other person has fought. That is not challenging the party but this is about looking for justice. Buhari said recently after the elections that he will be addressing issues of injustice and this is part of the issue”.

He further maintained that he was qualified for the position having being a former member of the Federal House of Representatives from 1991 to 1993 and also a two-time governor.

“I know the nook and crannies of how legislators operate. I have dealt with them and I am not a new comer. So, it is going to be impossible to edge me out or edge a whole zone out by claiming we are new comers. What I am fighting for is justice, fair play and for Nigeria to continue to be one. I have suffered in fighting for the unity of the country. They cannot use National Assembly or petty House officers to divide the country.

“I have sweated. All my investments are in the North, in the West and the South and we must protect these things and leave in peace.” Kalu said

He, however, warned that he would be forced to contest for the position of the Senate President if the APC failed to do the needful.

“I have the capacity for lobbying. I am well known in East, West and North. If the party continues this way, I will run for the Senate President if justice is not done to say South-East bring the Deputy Senate President” he said