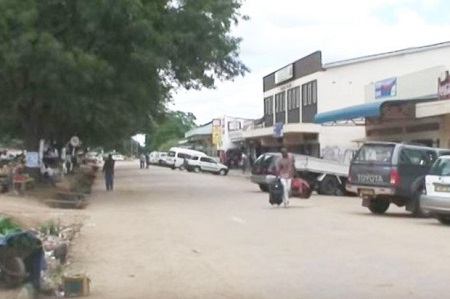 A Zimbabwean female gang took it in turns to sexually abuse a man they kidnapped from a bus stop, according to police documents.
According to Daily Star UK, the teacher was waiting at a bus stop when he was offered a lift by a group in a dark blue BMW.
Accepting the ride, the man sat in the back with three women, with a man driving the car.
He claims that on the journey to Macheke, Zimbabwe, he was offered a drink of juice, which made him doze off.
When he awoke, he found himself in a dark room, with bruising around his crotch, and his wallet missing.
The man then claims that two of the women who were in the car entered the room and demanded sex with him.
After he refused, one of them pulled out a gun and threatened to kill him if he did not comply.
The vile pair then repeatedly raped the victim, before dumping him in a village 30 miles away.
The victim is in Wedza hospital suffering from several injuries after the alleged abuse.
Wedza Police are looking for the gang’s BMW, which had a South African registration plate.
A similar case was reported in South Africa earlier this year, after a man was picked up in a car with a group of women.
He claims one of them drugged him, before they all took in turns to rape him.
This comes after a rise in “Sperm Bandit” crimes, where men’s semen is harvested.
How Male Teacher Got Raped By a Girl Gang Who Offered Him a Lift was last modified: July 11th, 2017 by Arinze Ago