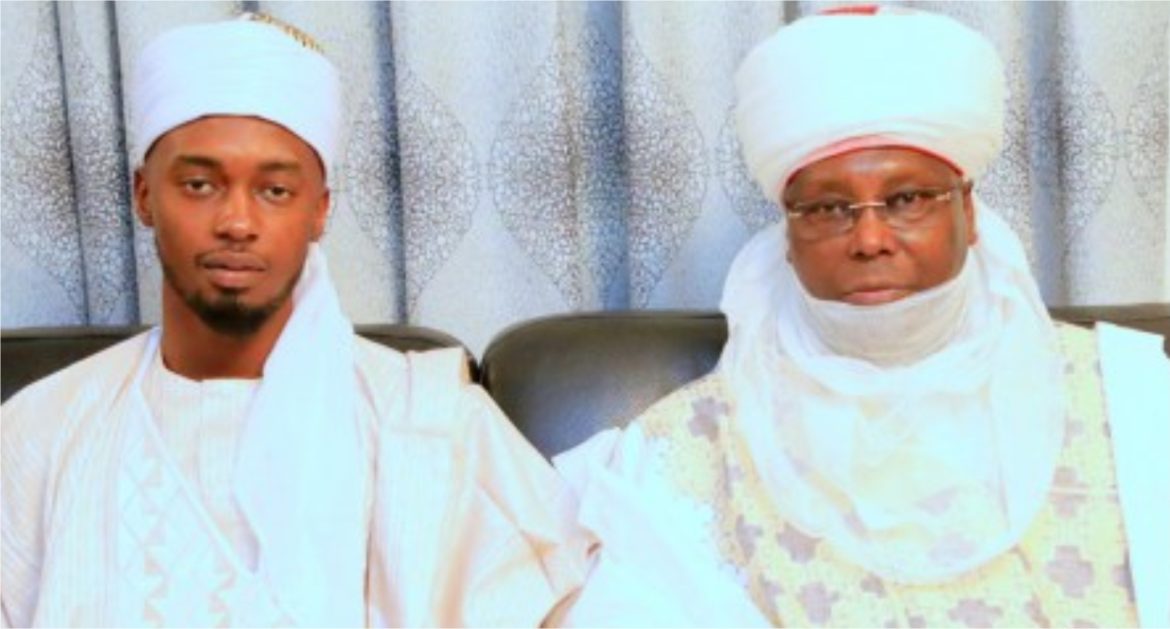 Exactly 9 months after 2 sons of Nuhu Ribadu, a former Chairman of the Economic and Financial Crimes Commission (EFCC) wedded, the popular APC Politician will be throwing another wedding for his pretty daughter, Fatima Nuhu Ribadu, come Saturday, Oct 3rd, in Abuja.

The wedding which will involve 2 prominent Northern families will parade who is who at the corridors of power because of who the groom’s father is. Yes! Alliyu Atiku Abubakar, one of the sons of a former Vice President of Nigeria, Alhaji Atiku Abubakar, will tie the knot with Fatima Nuhu Ribadu amid glitz and glamour.

The wedding, which will kick off on Friday, 2nd October, with Nikkai Fatia that will be witnessed by only male members of both parties before a grand wedding will take place on Saturday, the 3rd of October.

As you are reading this, many top politicians, government and parastatal officials at the upper lever have already got a notification for the marriage between the 2 families. Many top event vendors have also been paid. If the information at our disposal is anything to go by, many governors have already given their words to be at the event.

Of course, people are not surprised that the marriage will turn out a big event as 2 big shots are involved. When Nuru Ribadu’s 2 sons wedded in January 2020, many politicians at the helms of affairs stormed the event. Malam Garba Shehu, the President’s Senior Special Assistant on Media and Publicity, represented the president. That wedding between Mahmud and Abubakar Sadiq Ribadu, who married their beloved partners, Aminatu Ismaila and Hafsat Jijiwa, at a very impressive ceremony wedding also had late Abba Kyari, Osinbajo, Obasanjo Atiku, Tinubu, Dangote,  to mention few in attendance in attendance.

Though Fatima Nuhu Ribadu’s wedding too will not be devoid of all the side attractions a the proud father, Nuru Ribadu, love his princess to bone. Fatima Ribadu graduated from the Nigerian Turkish International College in Abuja before travelling abroad to further her education. She is one of the brilliant Northern Girls.

Aliyu is also very close to his father,  Atiku Abubakar.  Aliyu who is also a son of Hajja, the younger sister of the present Lamido of Adamawa, Dr. Muhammadu Barkindo Aliyu Mustapha.  Aliyu got his father’s title many years ago as Turaki Adamawa, taking over from his father, Atiku Abubakar, while his father became the Waziri Adamawa.

The Waziri’s title makes Vice President, Atiku Abubakar the de facto Prime Minister of the Adamawa Emirate, the second most important traditional office in the Emirate after that of the Lamido Adamawa, Dr. Barkindo Aliyu Mustafa.

Waziri Atiku Abubakar is so close to his son, Aliyu, who got the mantle of Turaki Adamawa, which the father has held since 1982.  Turaki Adamawa is one of the most important posts in the Adamawa Emirate administration.

Atiku’s son,  Aliyu Abubakar, is the grandson of the late Aliyu Mustafa, the previous Lamido, and nephew of the present Lamido Adamawa.

READ ALSO: BIG CITIES IN CHINA WHERE WOMEN COULD BE TURNED INTO VIRGINS IN JUST 2 DAYS