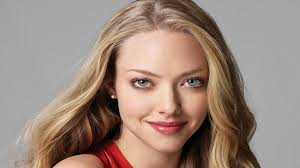 AMANDA Seyfried has seen her star status soar over the last decade.

Who is Amanda Seyfried? What was her early life?

Amanda Seyfried was born on December 3, 1985, and is an American actress and singer-songwriter.

She grew up in Allentown, Pennsylvania.

Amanda began her career as a model when she was 11, then started acting at 15 with recurring parts on soap operas including As the World Turns and All My Children.

During her time as a model she featured on three covers of the Sweet Valley High novel series.

When was Amanda Seyfried’s big break?

In 2003, Amanda auditioned to play the role of Regina George in Mean Girls but the role eventually went to Rachel McAdams.

She was initially considered to play the lead role of Cady Heron, played by Lindsay Lohan, but the producers of the film decided that Amanda should play Karen Smith, Regina’s dim-witted “Plastic” friend and sidekick.

The film was a box office success, earning over $129 million.

What else is Amanda Seyfried known for?

After her performance in Mean Girls the job offers kept pouring in.

Notable roles include playing Sarah Henrickon in HBO series Big Love in 2006, and then co-starring alongside Meryl Streep in Mamma Mia! in 2008.

It was after this role she secured more lead roles, starring in Dear John with Channing Tatum and Letters to Juliet with Vanessa Redgrave.

The actress also went on to do more musical films, including Red Riding Hood and Les Misérables.

In 2015, she starred in the comedy Ted 2, alongside Mark Wahlberg and Seth MacFarlane.

Amanda is now back in cinemas in Mamma Mia! 2.

Is Amanda Seyfried really a singer?

Amanda is an accomplished singer and sang all of her own songs in the movie Mamma Mia! and is featured on the film’s soundtrack.

She recorded songs for the films Dear John and Red Riding Hood.

Amanda was also featured heavily on the Les Misérables soundtrack.