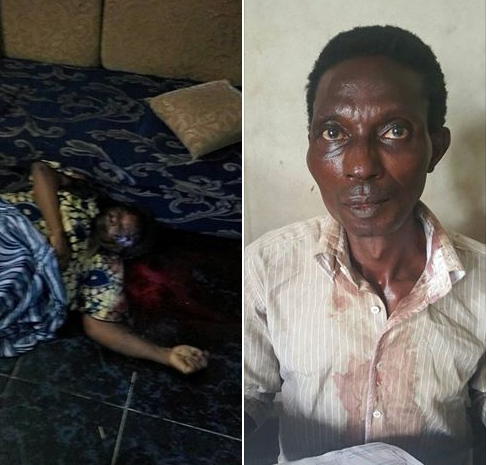 The Lagos State command is investigating a case of suspected murder committed by a 51 year old man against his mother.

On Tuesday, February 7, 2017 at about 11.15pm , one Akintunde Ayoola ‘M’ of United Estate, Sangotedo, Ajah Lagos , came to the station and reported that on the same date, he got information that his brother, Oluwaseye Ayoola manhandled his mother over failure to release undisclosed amount of money to him . However, on arrival at the scene, he found his mother, Dorcas Ayoola, 81, dead in pool of her blood. The culprit Oluwaseye Ayoola then fled to an unknown destination.

At the receipt of the information, the command’s detectives from Ogombo division launched a manhunt for the suspect, he was consequently arrested.

Upon interrogation the suspect confirmed that he has gone to his mother to ask for the sum of #500,000 out of his late sister’s will of #11,000,000 but she refused to give him, an occurrence which angered the suspect and made him pounced on the old woman and axed her to death.

The Lagos State Police Command’s spokesperson Sp Dolapo Badmos who confirmed the case said that the suspect is in custody while the corpse has been deposited in general hospital’s mortuary for autopsy.

SAD: Man, 51, axed mother to death over sister’s Will was last modified: February 8th, 2017 by Reporter