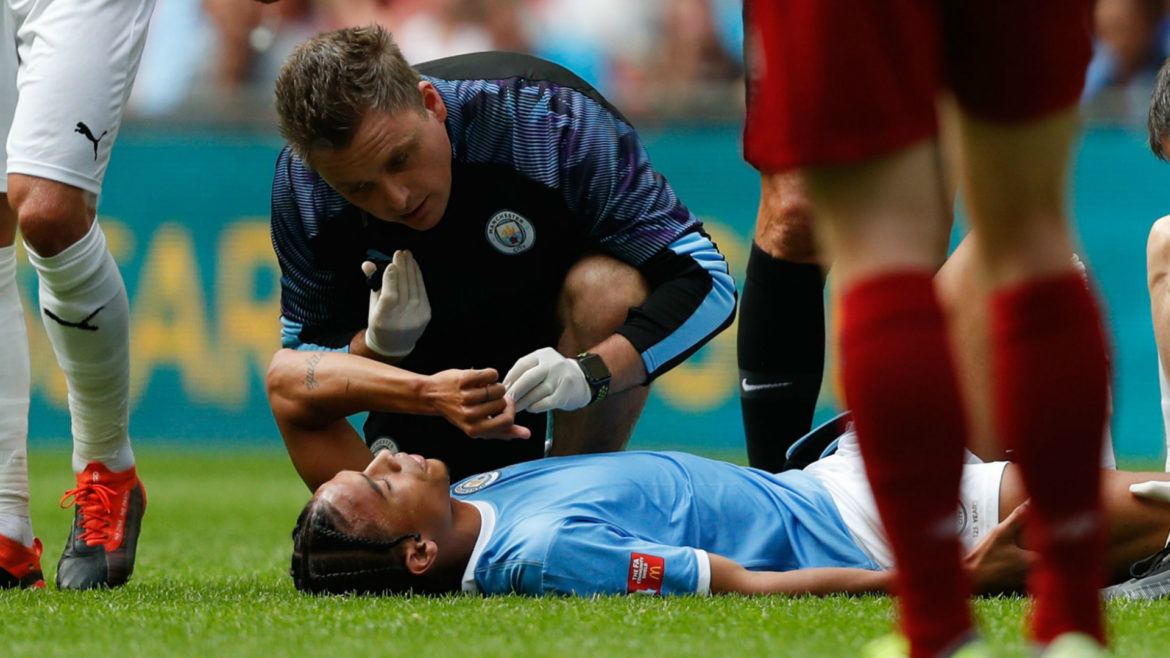 Sane, 23, tore his anterior cruciate ligament and went off after 13 minutes of Sunday’s Community Shield win over Liverpool at Wembley.

The German, who was linked with a move to Bayern Munich, is set to have surgery in Barcelona next week.

“It is incredibly bad news,” said Guardiola before the champions’ Premier League opener at West Ham on Saturday.

“I don’t know how long he will be out. Normally this kind of injury is six or seven months – hopefully, February or March.”

Meanwhile, Guardiola confirmed winger Riyad Mahrez has been cleared to play against the Hammers after being left out of the Community Shield because of fears he could fall foul of doping rules.

City had concerns over medicine the 28-year-old took while at the Africa Cup of Nations in July, when he captained Algeria to the title.

Guardiola also confirmed midfielder David Silva will be City’s captain this season – his last at the club – after centre-back Vincent Kompany’s departure at the end of the last term.

The midfielder, 33, has been at the club since June 2010 was chosen to take the armband by his team-mates.

“He’s been one decade here, he knows the club, he knows the Premier League,” said Guardiola. “He has big respect from his mates.”

Guardiola believes new signing Joao Cancelo, who joined City from Juventus for £60m on Wednesday, will bring something different to the team.

The Portuguese right-back will be in competition with Kyle Walker for a place in the starting XI, which the City manager believes is important.

“He came and gave us something we didn’t have,” said Guardiola. “His physicality is beyond normal, for Kyle, it’s important to have good competition. And with Cancelo, he will have that.

“They have to fight for the position. Cancelo can play on the left too. The guy who is confident has more chances to play. Right now Kyle is the one.”

Meanwhile, midfielder Rodri, a club record £62.8m signing from Atletico Madrid in July, has been described as the “best deal” the club has made.

“Every day I am more convinced that Rodri will be one of the best deals this club has done,” added Guardiola. “He’ll be incredible for us for many years.”