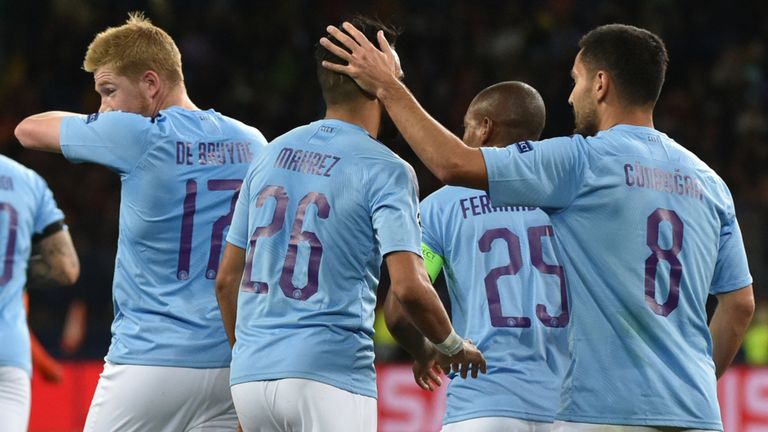 Manchester City’s clash with West Ham in the Premier League has been postponed due to a weather system being dubbed “Storm Ciara” & “Storm Sabine”, with games in the Bundesliga, Eredivisie and Belgian Pro League have also been cancelled.

The extreme winter storm, which has been named widely named ‘Ciara’, approached from the Atlantic Ocean before making its way across northern Europe on Sunday morning.

Manchester City have confirmed via Twitter that their meeting with West Ham at Etihad Stadium on Sunday will not be going ahead, stating: “Due to extreme and escalating weather conditions and in the interests of supporter and staff safety, today’s Premier League match against West Ham has been postponed.”

The day’s other Premier Legaue match, Sheffield United’s clash with Bournemouth, will, however, go ahead as planned at Bramall Lane.

Authorities have warned that the strong winter storm will bring hurricane-strength winds of up to 120 kilometres (75 miles) per hour, with heavy rain and thunderstorms also expected to hit parts of the continent.

The conditions are likely to cause severe disruptions to the European football calendar, with a key fixture in the Bundesliga among the first to be called off after an evaluation from the German Weather Service.

Borussia Monchengladbach’s clash with Cologne has been abandoned due to the storm, which has been labelled ‘Sabine’ in Germany.

Cologne have released an official statement confirming they will not be travelling to Borussia-Park to take on Monchengladbach, which reads: “The derby in Gladbach will not take place on Sunday.

“The meteorologists of the German Weather Service (DWD) do not expect any severe weather in Mönchengladbach before and during the game.

“Immediately after the final whistle, the storm “Sabine” should move through the region and peak in the night.

“As a safe departure of the fans cannot be guaranteed, Borussia Mönchengladbach has decided in close coordination with the city of Mönchengladbach, the fire brigade, the police and the German Football League (DFL) to cancel the game.

“The decision was made early Sunday morning after analysing the last weather forecast. An alternative date is not fixed yet. The tickets remain valid.”

The only other Bundesliga match on Sunday, a top-of-the-table meeting between Bayern Munich and second-placed Leipzig, thus far remains set to go ahead.

The Eredivisie and Belgian Pro League have also abandoned all fixtures scheduled on Sunday, with the Dutch football body KNVB issuing a statement explaining the final decision.

KNVB announced the decision via their official website, stating: “It is irresponsible to play football in those weather conditions.

“The Royal Netherlands Meteorological Institute has announced Code Orange for the entire country on Sunday due to the approaching Storm Ciara.

“The storm is expected to increase in strength as the day progresses, rising to gusts of wind with a force of 120 kilometres per hour. It has been decided to remove the games from the programme.”