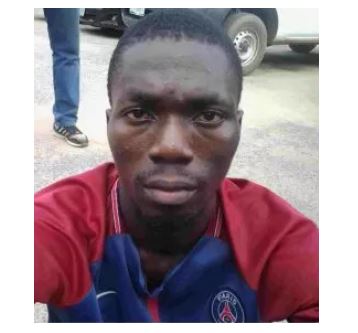 The Lagos state police command have arrested 27-year old Alowale Salu, pictured above, who ambushed and used a gun to forcefully rape a lady who jilted him in their area in Ojumoye in the Ikorodu area in the state.

Parading the suspect before newsmen, the state Commissioner of Police, Zubairu Muazu, said Salu confessed to defiling the victim and tried to justify his action. Accoridng to Salu, he had approached the victim sometime ago and she turned him down. Humiliated, he vowed he was going to rape her so as to get back his respect.

“On the day the incident happened, I went to one of my friends, Bayo, borrowed a gun and ambushed the victim on the road at night. I made her to surrender, forcefully penetrated her and collected her phone before i allowed her to go” Salu said.

He blamed the whole thing on the lady saying that if she had accepted in the first instance, that there would have been no need to obtain sex from her with a gun.