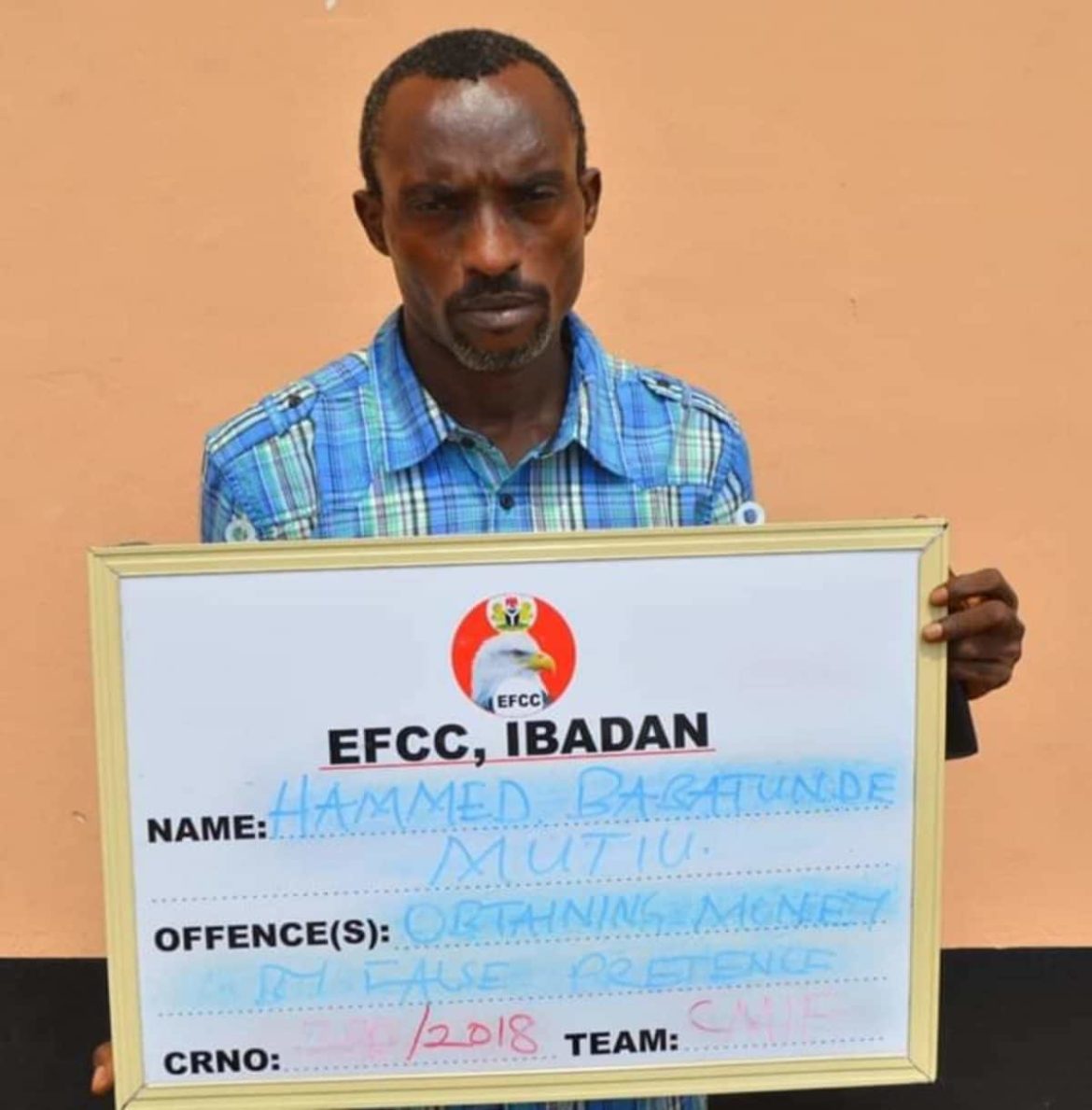 Justice Mohammed Owolabi of the Oyo State High Court 14, sitting in Iyaganku, Ibadan on Thursday, December 19, 2019, convicted Mutiu of visa racketeering and sentenced him to nine months in prison.

EFCC report said, “Hammed was facing a 16-count criminal charge of obtaining money under false pretenses, uttering and forging documents in a suit filed against him by the EFCC, Ibadan zonal office.”

The charge, DAILY POST learnt, was sequel to a petition jointly written by four of his victims in which he was alleged to have collected sums totaling N4,350,000 with the pretence that he had secured Canadian visas for them.