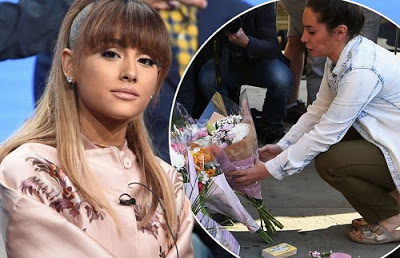 Ariana Grande fans claim she has reportedly offered to pay for the funeral costs of the Manchester bombing victims.

A social media account that is dedicated to the pop star, claims that the “broken” singer has pledged to help the families of the 22 people who lost their lives during the terror attack at her concert on Monday.

The Twitter account, which is called Ariana Updates!, shared a post on Wednesday which read: “News on Ariana: Ariana has reached out to the families who’s loves ones died last night….she is gonna pay for the funerals!”

The Dangerous Woman singer’s alleged move to help the families of the dead comes shortly after the first victims of the attack on Monday night were named.

Brilliant Nigerian Graduates From US University With 2 Degrees At Once