Home News Ay Comedian At 50: How Growing Up In Delta State Shaped My Career
News

Ay Comedian At 50: How Growing Up In Delta State Shaped My Career 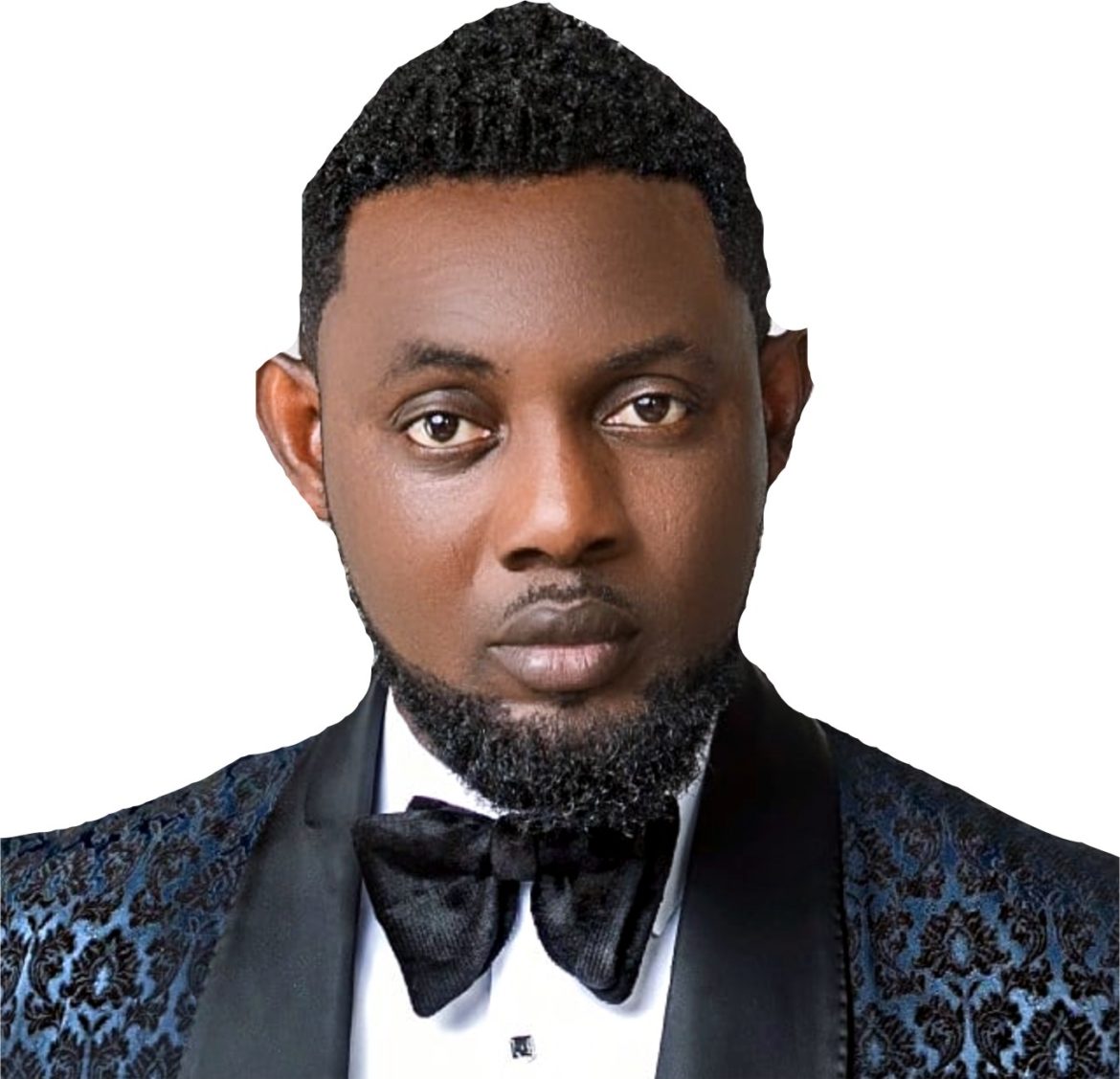 His real name is Ayo Makun. But every one simply calls him AY. Because he cracks many of his jokes in pidgin, many have come to believe he is from Warri. So many people believe he is a pure Warri Boy. Yes, he can pass for one because he was born, bred and buttered in Warri. But the truth is that AY is a Yoruba Boy who grew up in Warri.

He recently told City People Publisher, SEYE KEHINDE his story. Below are excerpts.

You studied Theatre Arts, but ended up in Comedy. How come? Why didn’t you go into acting?

We are in a society where you must look at the direction where you see the ray of light coming from. And for me, it was Stand up comedy, as a result of working with the King of comedy himself, Ali Baba. I used to work with Ali Baba as his Personal Assistant. I later became his Events Manager.

How did your relationship with Ali Baba start?

After I graduated he invited me over to Lagos to become his Personal Assistant. From being his P.A., I became his Event Manager and from there I gained in roads into doing Stand up comedy. But the connecting factor was that he was super impressed, that the campus show was put together by a student and it looked like something they would do in Lagos, on a larger scale. And his prophecy and the picture he cut for the brand was not farfetched when people started seeing AY Live and the different things that were happening. They saw it as meaning that he was completely correct when he said if I pull this young man out of this background he is going to do exploits. That is why I give him the kudos any time, any day, anywhere, which means from my sleep, if you mention the name Ali Baba, I will directly tell you that Ali Baba is the one that the good Lord used to change my story.

Why did you start AY Live?

AY Live is running 14 years now. When I started it, it was just a way of also establishing myself as a brand because I was doing the AY Open Mic Comedy Challenge before then, on a monthly basis. It was a show designed to discover upcoming comedians and discover the best. We have a good number who came from that background and from that platform as well. The minute I started it I noticed that people were always coming out.

And it had to do with the packaging. It has to do with the flow of comedy and the things that we had in place. And everybody started asking: when are you going to do your big gig? From National Theatre to then Vault, where we were stagging it, to Federal Palace, the minute people saw what was going on they said Guy, you have to do this. That was when I did the very first one at MUSON Centre and tickets were sold out even before time. And the 2nd one I did, from one show, it turned out to be 2 shows. That gave us the opportunity to move to another location and then we moved to Eko Hotel and the outdoor part was at Ocean View like a canopy structure, and it was sold out as well. We needed a bigger space. We used the open space at Federal Palace. Then we came to the 6,000 capacity at Eko Hotel venue, where we equally sell out on a yearly basis, since we started using the venue.

Tell us about your growing up years. Where were you born? Where did you grow up?

I was born, bred and buttered in Warri, Delta State. That is one area synonymous with any form of comical expression. You have to give it to Warri, the same way you give Reggae music to Jamaicans. You will give that to the Wafarians. That alone was a factor that moulded my comedy brand, which is what I can’t take away because if you go to Warri today, even the average individual you see on the street has some comedy going.

I schooled in Warri. My secondary school was in Warri. My university was just 35 minutes away from Warri. So everything about me is about Warri, to the extent that I understand the language. And I was fully accepted in Warri, to the extent that I was even given busary as an indigene of Delta State. So, I see people bet with money to say A.Y is a Yoruba boy, no he is from Warri. And when they actually find out that I am actually a Yoruba Boy, they always ask, How? How come he speaks like them? I can speak the language and I can speak 2 other languages in Delta State, even more than Yoruba Language.

Growing up in Warri was pretty good, going by the kind of parents who would watch over you and do things in an orderly way. It was sweet. Many things that I am doing today I think, including stand up comedy was because of the education I had.

My father was more of you have to acquire education. When they passed on and I started having one or two issues on campus, I said to myself, the only way you can make these people happy wherever they are is to go through the walls of the university and come out with that degree.  I spent 9 years in the university. Many don’t know this.

This is a story a lot of people don’t know. Yes. The story is out there. Some people know about it, others don’t know. I spent 9 years as a result of having issues on campus but because of the way we were brought up, I knew it was one gift I needed to give my parents because I had every reason to leave and go do something else but I stayed there for 8 years to make sure that I got the degree.

Why go and study Theatre Arts?

At a time my daddy was around and it was like if daddy were to be around he would want you to have that degree. So, that was a motivating factor. For my mum also it was the same. The idea of studying Theatre Arts was a personal decision. That is why the connection between myself and Richard Mofe Damijo is something that nobody can take away because since I started seeing him on Television I have always wanted to be like him. When I was opportune to meet him about 26 years ago, I told him that I will like to be like him someday. He encouraged me as well. He came to do something at the staff club. He said to me that Education is Key. So, maybe when you finish from school and all of that, you can go into acting.

Every time we grace the stage together or do something together, the picture that comes to mind is that of me trying to also encourage people that you need to have something in place, you need to dream dreams because I am living my dream as I speak. That is why today; if we travel today to America and any other place what I see is the picture I see in the Box Called Television with my Hope and aspirations to be like him. And then, I come out in real life to meet him. And from meeting him, to working with him, to becoming family that we are today.

Tell us your success secrets. How did A.Y break all the barriers to become the successful entrepreneur he is today?

I have always been a goal-getter. And I have always been a winner in everything that I have embarked on, call it sports, academics, anything. I have always marked out my targets. And how to reach the targets? How to reach the goal has always been the propelling factor for A.Y. And people who know me closely like my friends, they will tell you A.Y will get it, if he says he wants to get it. Friends will grow up together will tell you that about me. Once they see that I am about doing anything, they will tell you that is going to get there. If he doesn’t get the result of what he is trying to get he won’t back off, he won’t stop. For me, as a rule, until you get it no stopping. It is when you get it that you stop. I don’t quit trying. I don’t take No for an answer. I don’t quit make efforts to achieve anything I want to achieve.

It’s like when I wanted to do movies, I was going to put a lot of money in 30 days in Atlanta. A lot of people started telling me that the average budget of film that you are not sure of should not even exceed between N5 and N10 million. Not to talk of even you coming to start and then telling of starting a movie with the budget that is over N50 million. How do you intend to get your money back? How do you intend to do it.

I said to myself, in as much as I do what is right, get the right content, market if the right away, what I have discovered is that our people are not pushing it enough. What I have found out is that you will do a movie and apply the lackadaisical attitude to it and just believe that you have the name and personality that will just push it naturally. No. Even Coca Cola till date still advertise. If I tell people the marketing budget for Merry Men right now, they will tell me that I am already running mad.

But the truth is, you will see the result at the end of the day, because where the industry is going now you can’t act corners. You can define the result that you want, with the level of investments that you put into anything that you do. That is what pushes me. If it has to be done, we have to get it right. If you are not doing it, stay away from it until you are ready.

Ay Comedian At 50: How Growing Up In Delta State Shaped My Career was last modified: August 19th, 2021 by Seye Kehinde

Mohammed Fawehinmi Died of Covid-19 Complications, to be Buried in Ondo August 25