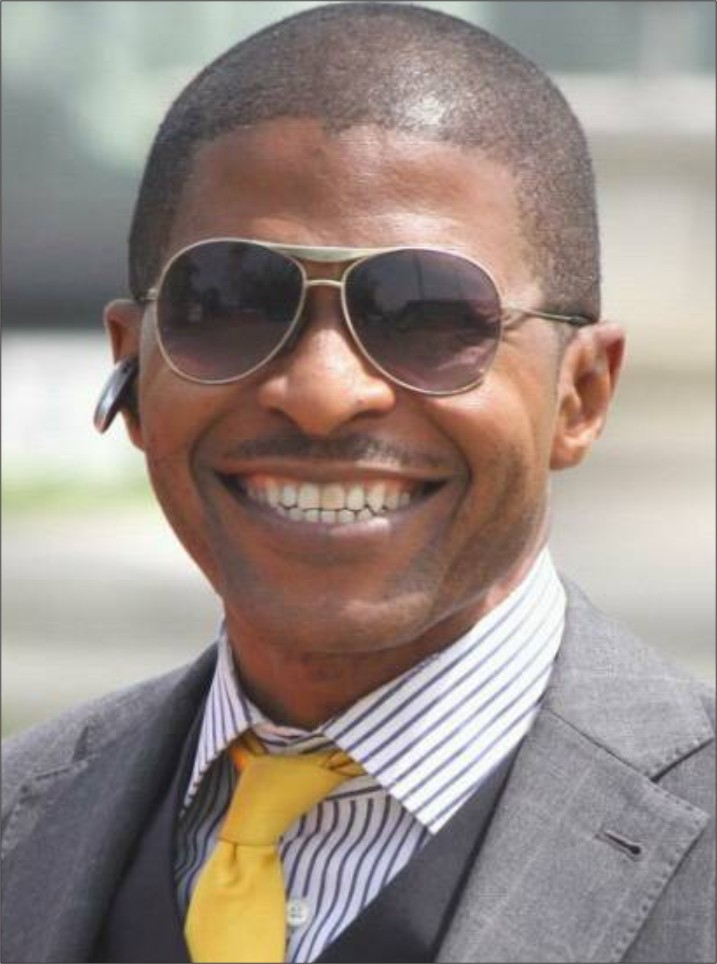 You must have seen him before on TVC. He is a handsome newscaster and his jet-black hair is always well cropped and polished. This ruggedly handsome newscaster was born to Mr. And Mrs. Augustine Amaugo on October 31st, 1963, he is married with 2 daughters. He attended China town and Apaukwa primary schools, all in Enugu in 1975, then Fisher High School (Govt. College), Umuahia, 1980  and University of Nigeria, Nsukka, 1990.

In 1990,   he obtained a Bachelor of Science degree at UNN. Majored in Management. In 1991,  he started his  Professional experience, first with Govt. Secondary School, Tegina, Minna, Niger State as a youth corp member.

In 1994, he administered the various departments at Data genesis. In 1995, he had  his  First experience into the broadcast world as a Reporter/Presenter Sports at Degue Broadcasting Network (DBN).

In 1996, he marketed with Panabiz, A Telecommunications outfit where he made sales worth N3.4million naira and above.

In 1998,  he served on the executive arm of Afrab-Chem as P.A. to the Executive Director, Mr. Darwish Foudeh.

In 2001, he was  G.M; Vinek Investments, Limited.  His second advent into broadcasting was at MB, where he presented 4 programs viz: Open Access Political Platform, AM Africa issues.

He also presented Open Access on MBI TV, and has been on the news belt since 2007 and is currently on the news with TVC as Senior Anchor. He facilitated for Poise Nigeria Ltd., a consultancy and Training organisation. He was Facilitator for IFA business opportunity, headquartered in South Africa. Not only that, he was 1st National Secretary General, Nigeria Actors Guild, 1995.

He has so many films or movies, and soap opera appearances to his credit, some of which are: Nneka the pretty Serpent; Journey to Hell; Battle of Musanga, etc. He is a Church Administrator, Illumination Assembly, and a  Preacher of over 10 years standing. He is a compere too.

He is a recipient of so many AWARDS, ACHIEVEMENTS, RECOGNITIONS: Lagos State Actors Guild awards, 2004; Certificate of recognition for versatility, in the movie industry and towards national development by Living Saints Global ministries, 2007; Certificate of achievement for leadership,1997 by God First Ministries Int’l.

The Many Sides Of TVC Newscaster NDEE AMANGO was last modified: August 11th, 2017 by Reporter