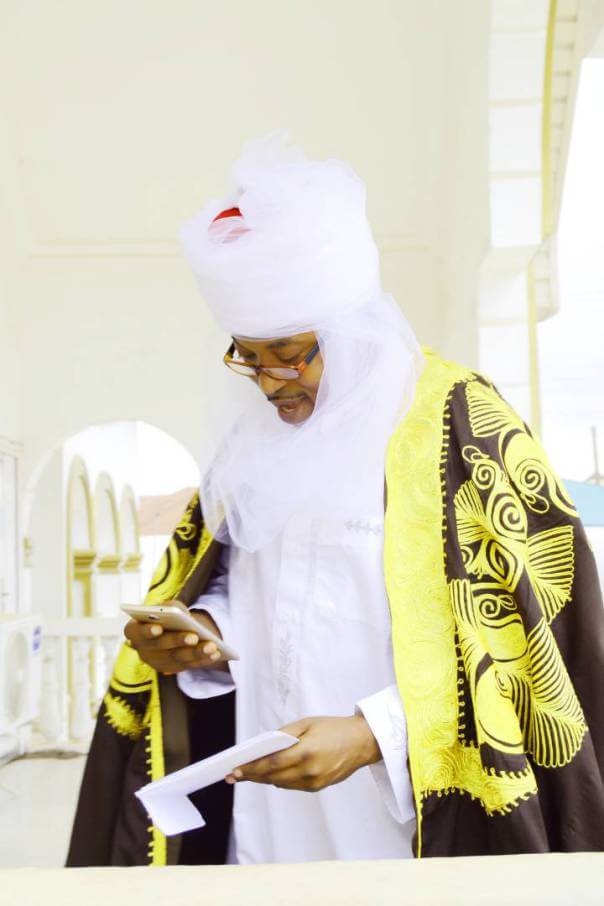 Iwo community, in the state of Osun on Thursday, was almost thrown into crisis as gang-up to dethrone the king, Oluwo of Iwo, Oba Abdul Rasheed Adewale Akanbi takes a new dimension.

It was gathered that some sponsored kingmakers, in collaboration with some chiefs signed a petition secretly during the week to unseat the king, which was believed to be implemented today, but failed as the governor refused to append his signature on the petition.

In the wee hour of Thursday, the people of Iwo were caught unawares (of what was happening) until some armed policemen gathered before the palace to ensure Oluwo stool was secured.

A few months back, there have been a series of unfounded allegations leveled against Oluwo which were later debunked and found to be baseless. But it did not augur well with those who wanted him dethroned.

“Oluwo can’t be removed” was the voice rend the air today as market women, Okada riders, artisans and many others began to be conscious of what was happening.

Immediately, the Muslim Community held an emergence meeting at the office of Al-Wazeer of Yorubaland to take quick action against those who wanted to disrupt the peaceful atmosphere of Iwoland and urged all those involved in the petition to distance themselves from the palace or have themselves suspended until everything returns to normal.