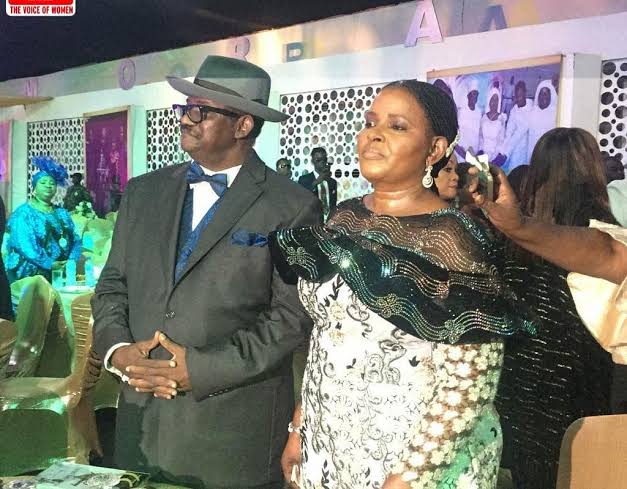 Ace broadcaster, multilinguist and event anchor, Bisi Olatilo is a happy man today, as he celebrates 40th wedding anniversary with wife Mrs Folashade Olatilo. The wedding anniversary was held at the headquarters of the Christ Livingspring Apostolic Ministry, CLAM, Omole, Ogba in Lagos on Sunday, December 19, 2021 amidst glitz and glamour.

The celebrants looked so radiant and fit for the occasion. He was warmly welcomed by the church founder, Pastor Wole OLADIYUN, his wife, Olubukola OLADIYUN and the entire CLAM family. Speaking at the Thanksgiving ceremony, Mrs Olatilo attributed the sustenance of her 40 years marriage to the media mogul as a product of grace and a lot of tolerance, endurance and love. She thanked her husband for the unending support and care over the years and prayed for many more years of fruitfulness and sound health in the marriage.

Bisi Olatilo, who also spoke, appreciated the benevolence of Pastor Oladiyun for his tireless support and care as a family friend, spiritual father and a mentor. He added that Pastor Oladiyun has played a vital role in his marriage and was also there during the time he was hit by the deadly COVID virus back in 2021.

I Am In Love With A Stingy Man