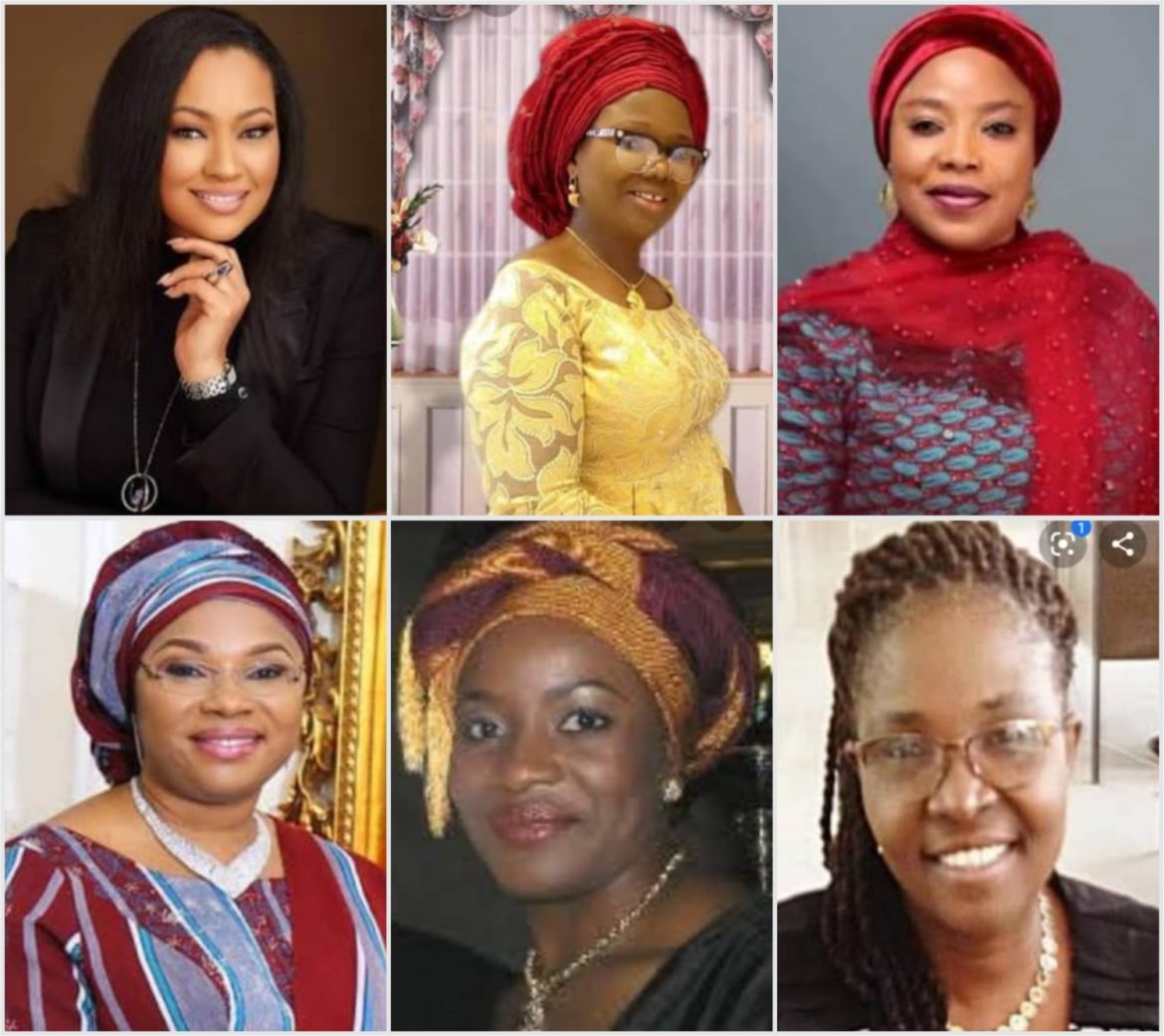 There is this saying that what a man can do, a woman can do better. That is what explains the exact qualities and attributes these great women possess. They are strong and influential women, who have become pacesetters and have set examples for others to follows.

They are all beautiful and command lots of respect in the society. They excel where some men even fail and can’t be regarded as a pushover as they lead in their different endeavours. Lots of people respect them in Kogi and the society at large, not just because of their achievements but also because of the lives they have impacted positively through one way or the other. Gone are the days when women are relegated to the background, these great women have changed the narrative and because of their success and achievements the womenfolk are now given respect and voice to speak in the society. They are regarded as the pride of Kogi State.

The very pretty Natasha is a barrister, social entrepreneur and politician, she ran for the post of Kogi Central Senatorial District Seat under Social Democratic Party in 2019. She also contested in the Kogi State governorship election, which held on 16th November 2019, she is the strongest female politician in Kogi State and she has impacted lots of lives positively. You can’t even talk about strong female politicians in Nigeria and Natasha’s name will not be on the list. She is beautiful, fearless, and highly intelligent. Popularly called the woman of steel, this pretty and young politician is one lady lots of Kogites are hopefully waiting for to emerge governor of the state very soon.

She is the first indigenous trained female Neuro Surgeon in Nigeria and also the first female to be certified a Neuro Surgeon in West Africa. This beautiful lady is an indigene of Okene in Kogi State, and since she got certified she has also mentored 4 women who are also training as Neuro Surgeons. Her 4 other sisters are all doctors as well.

Halima Aliu is a plastic surgeon, Raliat Aliu is an Obstetrician and Gynecologist.

She is a female physician while Medinah Aliu is a public health physician. These beautiful Aliu sisters have been earning admiration from lots of people all over the country because it is indeed a thing of pride for 5 sisters from the same parents to all be successful doctors.

She is another beautiful politician from Kogi State. She is currently the Minister of State Federal Capital Territory, she was once National Women Leader of All Nigeria Peoples Party ANPP, later All Progressive Congress APC.

She has always supported President Muhammadu Buhari’s presidential ambition until he emerged president.

She is the Director of Human Resources of the Federal Airport Authority of Nigeria (FAAN). She is a native of Anyigba in Kogi State. She is currently the Vice President of the Institute of Payroll Administration of Nigeria (IPAN), and is the pride of Igala Kingdom in Kogi State.

Delectable Dr. Ayoade was, until her appointment as Secretary to the State Government, she was Deputy Director in the Chemical Evaluation and Research Directorate of the National Agency for Food and Drug Administration and Control (NAFDAC). She began her career as a Regulatory Officer and later rose to the rank of a Chief Regulatory Officer in NAFDAC.

She is currently the VC of Kogi State University, Ayangba. She joined the service of the Kogi State University in 2000 as a Lecturer and rose to become a Professor of Political Science in 2011, until her appointment. She was the Dean School of Post Graduate and Chairman of the Committee of Deans and Directors.

The beautiful Amina Bello is the first wife of Kogi State Governor, Yaya Bello, she is a lawyer and philanthropist. She is the founder of the Hayat Foundation, a businesswoman and a humanitarian.

She is the first Professor of Law in Kogi State, the very first woman from Kogi to become a law professor. She was a victim of Child Labour and by the age of 13, she had lived with about 12 employers across 33 villages in Bunu Territory. Due to her experience, she is very passionate about human rights, she encourages and mentors many.

She is a professor of educational psychology from the prestigious University of Abuja in 2006. Within the space of her 40 years in the University, she had produced 54 postgraduate students and mentored a number of people, some are now professors and senior administrators in various institutions in Nigeria and abroad.

She is an award-winning author, playwright and screenwriter, her books have been translated into many languages, radio plays have been broadcast by the BBC and her plays have been performed internationally. Her father was the head of Civil Service until his death in 1972.

She is a highly celebrated media personality. Her mother was an Administrative Officer in Nigeria National Broadcast Television Station and her father was one of Nigeria’s most successful TV personalities and later head of the National Broadcasting Commission (NBC).

She worked with the satellite television network multichoice in Marketing and Public Relations. She held the position as DSTV Sales coordinator helping to pioneer a new wave TV in Nigeria.

She currently produced a human right interest program on AIT and also writes and contributed to various online magazines.

She is rated one among the world’s 500 most influential experts in Medical Laboratory Science on Earth, and also celebrated for her outstanding scientific contributions to the society. She is the Assistant Director, Medical Laboratory Service Federal Medical Centre, Lokoja.

They are the first female twin pilots who are from Igala in Kogi State, they have both worked with different aviation companies flight dispatchers, maintenance engineers and others to successfully achieve a safe and effective aviation industry.

READ ALSO: MY MAN ONLY REMEMBERS ME WHEN HE NEEDS SEX!!

My Man Only Remembers Me When He Needs SEX!!

How I Got My Mysterious Powers – IBADAN Strongman, SUNDAY IGBOHO