Meet Baba Sala’s Daughter Who Is A Nurse @ UCH 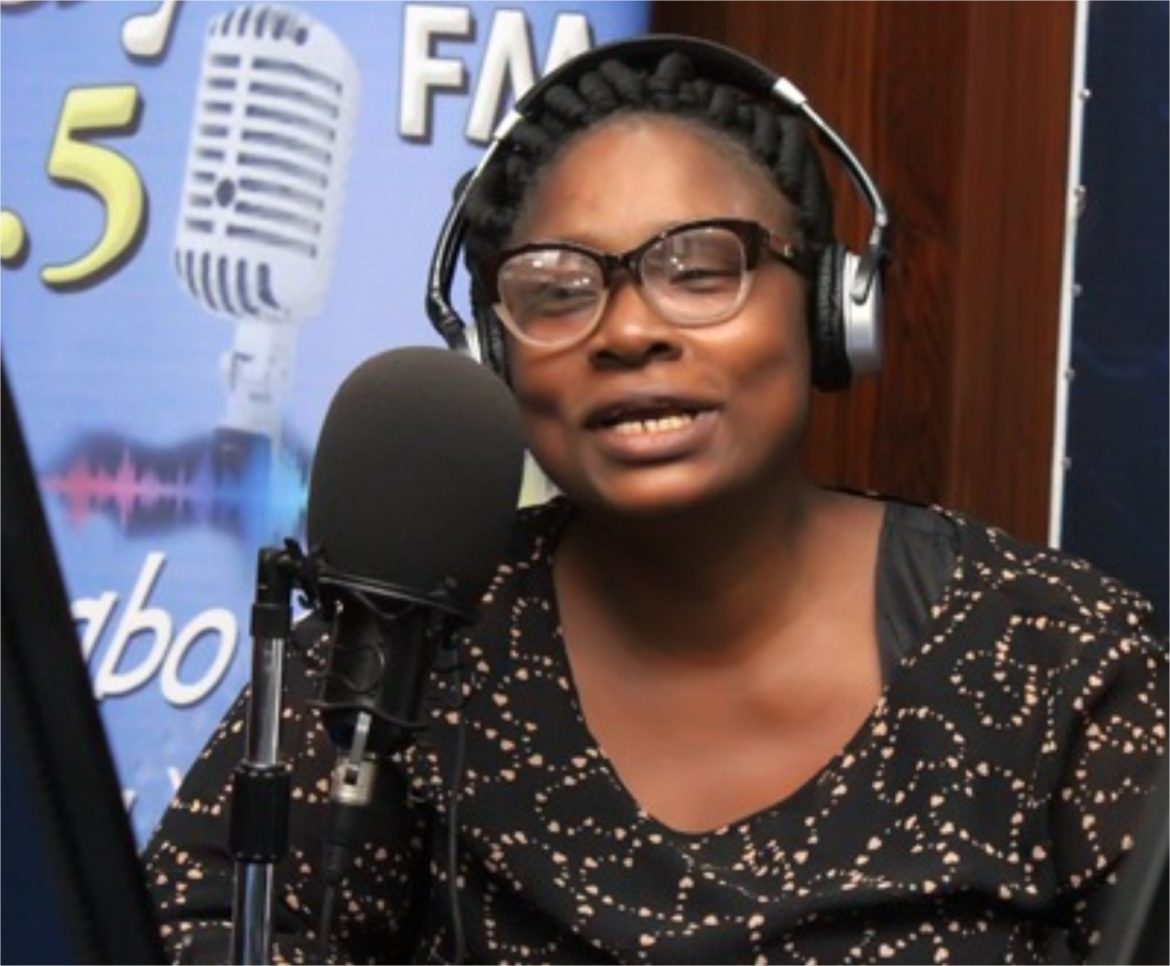 •As She Speaks On Her Family & Work

Everybody knows who late Pa Moses Olaiya Adejumo, popular known as Baba Sala, was and what he represented in his lifetime. Even those who were not born during his heyday as an actor must have heard or read about his exploits in the theatre industry. He was a multitalented comedian and one of the doyens of the Nigeria’s theatre.

It is also a public knowledge that Baba Sala in his lifetime had many wives and several children both grown up and younger ones. Those who know the family are also aware of the fact that there are good number of Baba Sala’s children who have taken after their late dad in theatre. Others who are not into theatre are doing well in their own chosen fields.

What many may not know however is that there is Baba Sala’s daughter who is a practising nurse and at the same time an actress. She even has her own group called ‘Bata for Jesus’ theatre group. Mrs. Olufunmilayo Adejumo-Oyebode is not just a nurse, she is an Assistant Director of Nursing at the University College Hospital (UCH), Ibadan.

The trained nurse, speaking on a radio program, Parrot Xtra Hour on Radio anchored by Olayinka Agboola on the Broadcasting Corporation of Oyo State BCOS’ Oluyole 98.5 F.M, Ibadan, last week, revealed so many things about his late father; how he was able to manage his career and home. She also described her late father as a prayerful man.

“My late Dad, Moses Olaiya Adejumo was a very prayerful man who used prayers to chart his live, his children’s lives and to generally run his family and businesses”.

Mrs. Olufunmilayo Adejumo-Oyebode also revealed that her father bequeathed a realistic legacy for all his children so that none of them would become liabilities in life.

She described her father as a hardworking, selfless and real dad who took the welfare of the family seriously.

“My father had the wisdom of Solomon, he used wisdom to rule his home, he did not allow jealousy to exist in the family. He always gathered us together in groups to observe feast of love, and such created an atmosphere of love in the family”, she said.

According to the trained nurse, “our father cherished his name so much to the extent that he used to constantly but subtly warn his children not to think of doing anything that would ‘spoil’ the family’s name”.

She equally stated that she takes after her father in the comedy business. She revealed that she has her own group named ‘Bata for Jesus’. She uses the platform to evangelize to the nation, according to her.

Speaking on piracy issue that befell her late father over his production, Orun Mooru in 1982. She said that the singular event greatly affected her late dad financially and emotionally. “The bad experience concerning Orun Moru affected my father seriously, but he was undeterred and the incident drew him closer to God.

She, however, assured the numerous fans of Baba Sala that the late comedian’s works are still available, adding that “we appreciate all those who still love our dad. We will forever be grateful to them.

“In addition, we are all forging ahead and in our different ways adding to the growth of Nigeria as envisaged by Baba Sala, our late father”. Baba Sala, in his lifetime was and still icon. His memories and great impacts in the theatre industry can’t be forgotten in many years to come. He died at his hometown, Ilesa, on Sunday 7th October, 2018, at age of 81.

Baba Sala was a good Christian, who served God till his last day on earth. He was the Senior Elder Apostle of the Sacred Cherubim and Seraphim Church.

He was the second child and the first son of the family.

Having lost their mother at a very tender age, Baba Sala and his elder sister, late Mrs. Grace Otun, were raised by their grandmother, late Madam Comfort Shalaye Adejumo.

His entertainment career kicked off when he was in secondary school, where he started performing magic at shows, schools and other public places. He was later to let go of the magic and joined the Cherubim and Sheraphim Church.

He once worked as driver with Empire Hotel at Yaba, Lagos, before he learnt the trade of music in 1960. He was a member of Ade Federal Juju Band before he formed his own band, called Moses Olaiya and His Federal Rhythm Dandies.

In-between all these, he got employed at Lagos City Council as a Sanitary Inspector between 1960 and 1968. He was performing at the Palace Hotel, Broad Street, Lagos. KSA later joined his band in 1962 before he formed his own band in 1966. That is why King Sunny Ade respected and remained loyal to Baba Sala till he died.

He attended Mr. Christopher Olude’s Adult Drama School between 1966 and 1967 in order to brush up his theatre skills. His contemporaries in that school then include the late Adeyemi Afolayan (Ade Love) and many others.

In 1969, Baba Sala moved to another level of his career when he formed ‘Alawada Group International Limited, with which he toured the nuke and cranny of Nigeria and some Africa countries and beyond. He even took it to USA, UK and many other countries. He was awarded Member of the Order of the Niger in 1978 by the then Military Head of State, General Olusegun Obasanjo, in 1978. He was also awarded with an Honorary Doctorate.

Baba Sala was a devoted Christian and good apostle of God. Some of his works include ‘Orun Mooru’, ‘Aare Agbaye’, ’Mosebolatan’, ‘Obeegbona’, ‘Agha Man’, ‘Diamond’, ‘Return Match’, ‘Ana Gomina’ and several others.