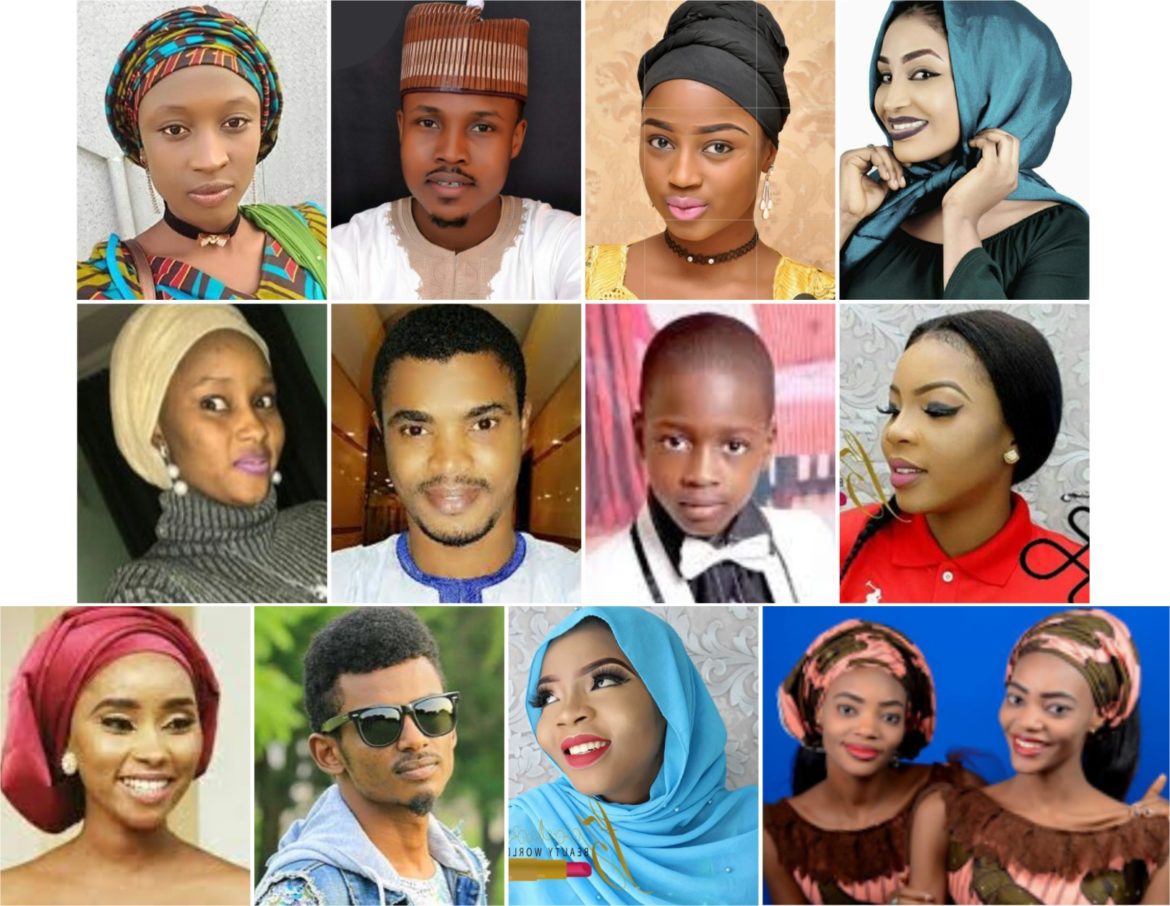 Over the last few years, a lot of young, fresh new actors and actresses have cropped up in the fast-growing Hausa movie industry known as Kannywood. These are faces that are gradually taking the center stage and are gracing most movie jackets in Kannywood movies and TV Series. In this report below,  City People’s BUNMI OKOTIE profiles these actors and actresses who are fast taking over from the known faces in the industry.

Asabe madaki is one of the few actresses that her first movie role brought to limelight. She is a lawyer by profession and after her studies in Scotland she practiced for a while before joining the industry. The Sani Sule Katsina movie “Sarauniya” garnered a lot of accolades for her amazing performance in the award winning movie. She has featured in other movies like Queen Amina, Gwaska, and others.

Amal is another young and talented new actress whose dogged determination to excel in the acting profession has propelled her to great heights in a short time. She is now on many producers hot lists

He has been in the industry for a while but as a lighting director. His career took a new turn after his mind blowing performance in the movie “Gamu nan,” Gazali who is one of Ali Nuhu’s boys  has featured in other movies like Hadari, Ameeerah, Zee Zee, Guguwar so, makaryaci and wata dukiya.

The pretty and light-skinned diva is presently hot on the scene and has been busy in the last few months, working on different locations. Biliksu is also a model, fashion designer and makeup artist.

The 21 year old Maryam has been sailing smoothly after a good delivery of role in Ali Nuhu’s award winning movie “monsoor” when actress Biliksu Shema refused tp show up at the location and the role was given to her. It was a game changer for Maryam. The Kano-born actress has featured in other movie like Gidan Abinchi, Barauniya and Tobo.

Ummi is one of the relatively new kannywood actresses; her first movie she featured in was Duniyar which she played alongside big actors like Ali Nuhu, Sani Danja and Adam Zango.

Call them kannywood identical twins, they were born and bred in Kano. The celebrated Fulani twins, have shown that they have come to stay. Some of their hit movies are Mairon Kanye, Juyin Mulki.

Umar has always been popular in the North. The 31 year old is one of the talented R & B Hausa musicians in the north before venturing into acting and he has produce movies like mahaifiyata, nas, Jinin, Jakina,Bazan barki, among others.

Maryam has been in the industry for a long time but she left when she was at a point of becoming an A- class actress. She got married but the marriage did not work out. Now she is back with a bang, since her return, a lot of kannywood film makers always want to have her on their sets. She has starred in movies like Gidan Salim, Dakta Halima, Cigban Auren, Yar film, Kwaaici, Da dai saurans.

A handsome, tall, slim and talented actor, who is also a model, he is from the popular entertainment family. His sister Maryam Booth and his mum are all in the industry. Ramadan is one of the hottest ladies men in the industry, he got married recently in Kano.

This light- skinned actress also ranks among the hottest new actresses on the scene. She stormed the movie scene barely 2 years ago and is fast rising in the kannywood movie world.

Hajara is young and promising, she is based in Kaduna. She is very creative when it comes to interpretations of roles. She has done quite a number of movies and also participated in some English movies and Hausa series, her recent one is Tsaka.

This light skinned beauty is also among the most sought after actresses, she has done a lot of TV series, she was recently honored by City People as the best actress in Hausa TV series.

This dread locks carring actor is one of the few guys who are gradually finding their way to the top. He is the director, guild services of the actors’ guild of Nigeria and has done some Hausa movies like Sirrina, Magawata and Tsaka among others.

This handsome Fulani guy with good scene of humour has become the point man in many kannywood movies, TV series and few Nollywood movies. Daddy is an actor and a production crew person with so many awards to his credit. He is base in Kaduna.

He is another fast rasing actor rocking the Kannywood.

Misbahu is a brilliant actor who is respected for his creativity.

This is one guy that has taken after his father, Ali Nuhu. Ahmed is one of the few good kid actors rocking the industry with admirable acting skills. His performance in the movie “da alimajiri was quite impressive.

Hafsat Bauchi also makes this list. Her long list of movies keeps growing by the day. She is passion driven.