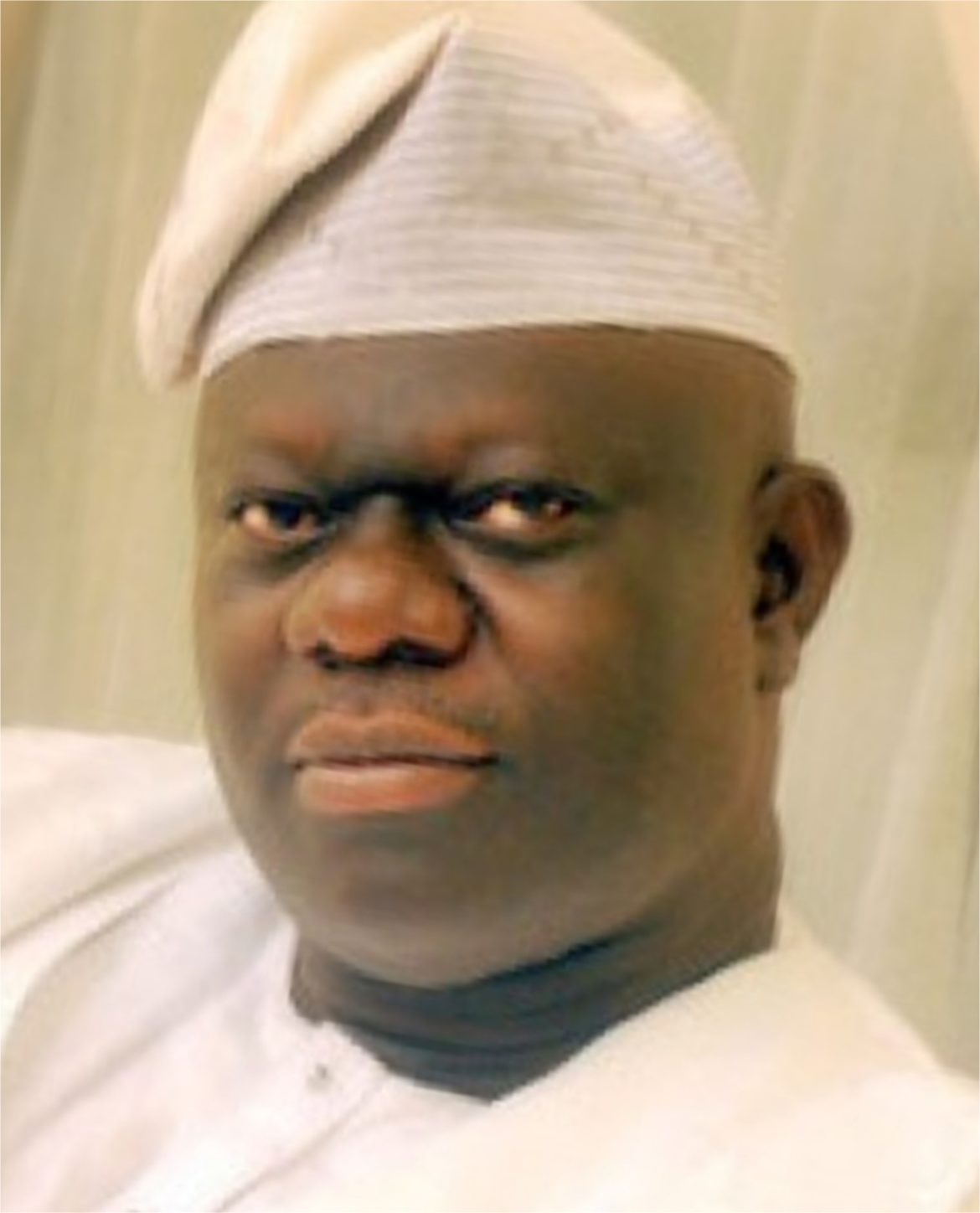 •What Prince TUNJI OGUNWUSI Told City People About His Life

Prince Tunji Ogunwusi is a big name in the real estate. He is what you call a guru. Many don’t know that he is one of the pioneer property developers in the Lekki and Oniru corridors. He started quite early and he has over the years built up a huge property portfolio that is very, very impressive. But he hardly talks to the press. He hardly grants interviews. He does not like publicity. He prefers for his work to speak for him. By nature, he is quiet and unassuming. But he is an accomplished real estate practitioner.

He became fascinated with the real estate market while still at the helm of affairs at New Africa Investment Limited. He later plunged himself into real estate with a revolutionary mind-set to do what private developers regarded as nearly impossible.

Subsequently, Primewaterview Limited was created in 2005; however, he became actively involved in the affairs of the company in 2007 after six years with New Africa Investment Limited. The company was set out with a lofty vision to become the best real estate company in Nigeria, and out of Africa. Prior to the advent of Primewaterview Limited in the Nigerian real estate industry, residential high-rise development was a no-go area for indigenous private development companies. The completion of Gardens 1 Estate (107 units of high-rise development) within 14 months and the immediate commencement of Gardens 2 Estate another high-rise development of 348 units before Gardens 1 was delivered, was a marvelous record in Nigeria’s real estate industry.

Within 9 years of operations, Primewaterview under his leadership had been directly involved in the completion of over 700 units of various types of housing units on the Victoria Island Annex/Lekki Corridor. Most of his large-scale projects were either embarked upon or ongoing during the credit crunch and banking crisis in 2009 giving credence to the fact that Adetunji never looks back when he sets his mind at a particular goal.

Currently, he sits as the Group Chairman of the Primewaterview Holdings comprising of Primewaterview Limited and PWV Management Services. A staunch believer in local content development, over 80 percent of his resources were sourced and developed locally. According to his aides, “It is better to be safe than to be sorry” is the Prince’s usual statement during project planning and throughout the lifecycle of a project, a testament to his meticulousness, integrity and scorn for cutting corners.

His insatiable drive to explore new horizons is remarkable for the inspiration it provides for both associates and underlings of the Ife Prince. Little wonder he was one of the first few Nigerians to explore the then budding Dubai real estate market where he facilitated good returns on investment for many indigenous businessmen and companies in the market.

Strategic partnering is another very important area where he excelled in business as the Prince has strategic partners in major countries of the world and has also facilitated same for many business concerns in Nigeria. Some of the countries where he has business interests and partners include: China, United States of America, United Kingdom, United Arab Emirate, Taiwan, Italy, Hong Kong, Spain and Australia, among others.

His knack for wealth creation is manifest in his several investment portfolios ranging from real estate, oil and gas, power generation, construction, hospitality and tourism. Due to his real estate influence, Primewaterview Limited was invited by the government of Southern Sudan immediately after their independence to help develop the real estate market. The efforts put into Southern Sudan are however, yet to be fully appreciated because of the myriad of problems faced by the young nation.

Today, some of the notable real estate development companies on the Lekki axis in Lagos, for instance, are offshoots from Primewaterview. Their founders’ were directly mentored by Prince Ogunwusi and despite being responsible for the success of these business concerns, he persistently shies from claiming credit for their breakthrough.

Last week, he spoke to City People Publisher, SEYE KEHINDE about his life in real estate. It is quite revealing.

What has your experience been in real estate?

It’s been very interesting. All I see is a vast opportunity. Over the last few years, a handful of estates have been springing up. One of it is Victoria Garden City (VGC). It has built thirty-something years ago. We are trying to partner with different organizations in the country, groups, associations to see what we can do together with the real estate opportunities that exist. We need more houses. There is a need for houses. There is a need for accommodation. Marriages take place every week. That is why I said more opportunities arise. We are hoping we can put in our own contributions because the real estate’s indices show that it affects all parts of the economy because whoever buys a new house, would want to buy a new car, new furniture, curtains and it steps up production. Once production steps out, it affects the GDP and the economy is on the rise. That is what we are praying for, that is what we are hoping for.

How does the recession affect real estate? What advice will you offer?

For me, I believe in every challenge there is an opportunity. In as much as there is a recession, if you move around Lagos, you will see a lot of construction. That does not mean production has stopped. It does not mean construction is not going on. All that needs to be done is to repackage and refocus and to re-access the situation, so that the dimension of what exists right now, can be re- attuned to what obtains in the market place. So, you never say die. The opportunity will always be on the upward swing. In every challenge, there is always something new and it can lead to more opportunities for the whole populace.

You are one of the early players in that sector, what did you see at that time that many others didn’t see in real estate, that made you go into it?

Getting involved in real estate was by accident. It was not preplanned because I did not study Engineering, neither did I study Architecture, or quality survey or anything that had to do with real estate. I had friends in the real estate industry, people like Mr. Wale Akinmusere (the MD of Cityscope) Mr. Yemi Idowu (Aircon, developers of Northern Foreshore. So I learnt from then. I saw what they w ere doing and I decided to take it a step forward.

I learnt a lot from Dubai. I saw the rapid development that happened in Dubai and I kept on saying to myself, yes, we can do the same. This can happen in my country, let’s give it a shot. Interestingly enough, the opportunity arose. We got the land and we eventually built.

What year did you eventually go into real estate?

Let’s put it this way. Primewater view as a company was registered in 2005 and started business in 2006. Primewater view is just about 10 to 11 years old. We started developing at Oniru. We started with one unit, then 2,3,4. We were very persistent, very focused. God granted our prayers.

At the time you went into it what was the particular focus?

Yeah, we did. We targeted the mid to high-income level players because it is not everybody who can afford to live in Ikoyi or Victoria Island. There is so much room in the middle-income level. So we decided to focus on their need.

When you did Primewaterview Garden 1 and 2 which of the levels did you have in mind?

The same level. The middle-income level.

How did you take the challenge of housing deficit facing Nigeria and what will you advise?

Yes, there is a huge deficit stock. The country that has the highest level of houses as compared to the number of the population is Singapore. It is about 96%. By that, I mean the population of the country as compared to the number of people that have their own homes. In Nigeria, it is very low. We have a large deficit. There is a need for low-income houses.

That also comes with its own challenge. Will these low-income earners be able to afford to buy it after it is built. Do they have the money to pay? So that is why we are trying to do some work with some parastatals of government. We are in partnership with them to provide houses for their workers and members of some cooperatives. But I can’t mention their names now. We don’t have anything concrete yet. We can categorize low income at about N5 million to N7 million. How many people can afford to buy a house of N7 million? What kind of loan can they access? No bank or mortgage bank will help. It is so difficult. There is an imbalance. But the private sector cannot do it alone. We don’t have the actual number or statistical data to back it up. Some say 17 million. Some say 19 million. Some say 22 million. Whatever the number still has to be worked upon by the government and the private sector. Government alone cannot do it. It has to be done by both the government and the private sector.

They have to make data of private developers that have done projects and give them incentives that can help to build more houses. When we were building Gardens I and Gardens 2, we had an average number of workers here, nothing less than 20,000. It is purely Nigerian. It was computerized by Nigerian developers. Maybe if we had gotten government support maybe this structure would have been replicated if we had been encouraged to do it.

What excites you about property development, considering all the challenges and bottlenecks?

Naturally what excites me about it is it, creates employment. It shows what we can achieve as Nigerians. It promotes communal living. It depicts what we can do as Nigeria.

What will you call the biggest challenge that you have faced as a property developer?

There are several challenges. One of its access to Capital. Capital. It took a lot of time to complete these projects.

Meet OONI OF IFE’s Brother Who Is A Real Estate Guru was last modified: March 30th, 2020 by Seye Kehinde