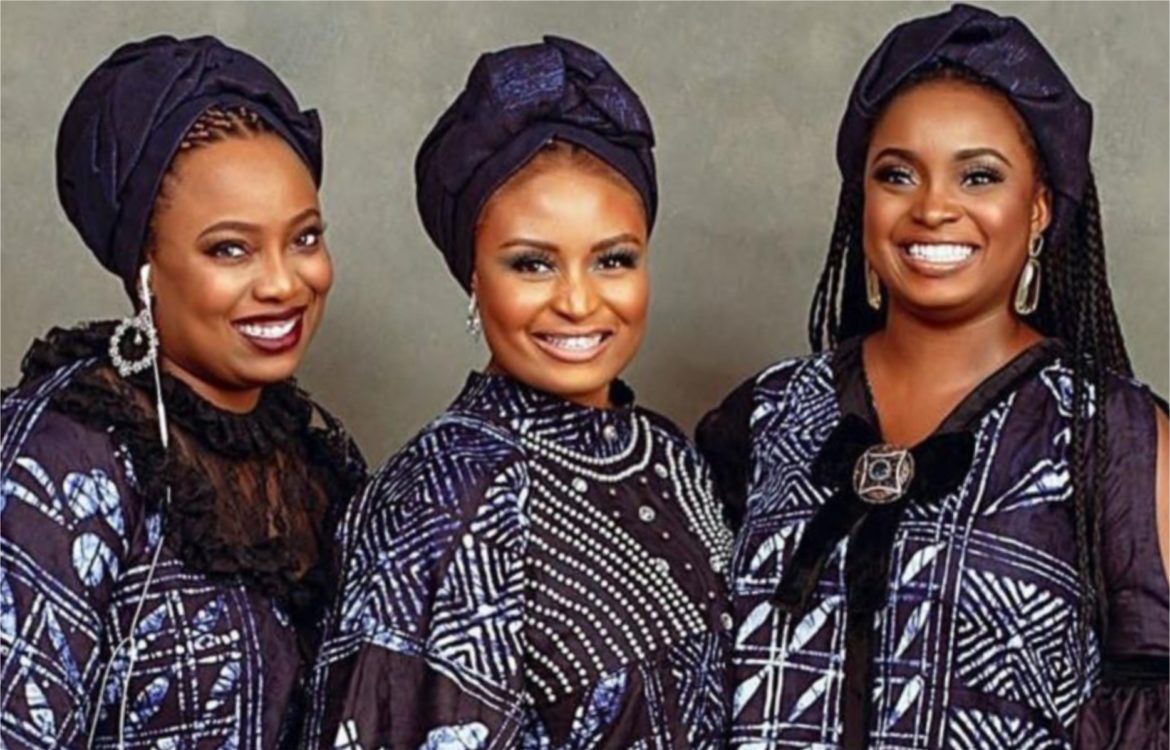 It is the joy of any parent when they see their children doing very well and are successful. This is the story of 3 beautiful Rahaman sisters; Salaman, Salihat and Sarwi. They are young, beautiful and very stylish. They look alike a lot such that you will be able to tell that they are sisters. They are well-read and they all graduated in flying colours. Their father is Prof Omar Moruf Rahaman, the foremost professor who can be described as the doyen of Geology in Nigeria. He is very popular within the academic space. He was the first doctoral degree student at the University of Lagos who became a professor of Geology at OAU after a sojourn abroad to further his education. He won the Total prize for his presentation at the 2008 conference of the Nigerian Mining and geosciences society. Their mum is Hajia Aisha Abdulrahaman. Her daughters took after her in the beauty and style sector. These beautiful sisters can be dubbed as silver spoon kids and that explains why they are always the cynosure of all eyes at any event they attend. They are not your regular Owambe chics, but they are very corporate and attend only events that are most important. The fact that they are sisters make everyone turn in their direction whenever they storm any party or function. They are well-read and live a luxurious life. Right from their days in the university, they are well known within the school and were one of the students who did outstandingly in their respective degrees. They are loving and have many friends around them due to their cool and calm nature. You will always see them together and are very close. The 3 sisters recently stepped out in Lagos and were spotted at Queen of makeup, Banke Meshida’s dad’s burial, on the Island.

One of the sisters and probably the most popular because she is in the fashion and style business, Salihat Rahaman. was born in Ife. She received all her formal education in Nigeria, (primary at Corona School, Victoria Island to tertiary at University of Lagos, Akoka) and holds a Bachelor of Environmental Studies, (Architecture) as well as a Masters of Environmental Design in Architecture.

Salihat, who is an ARCON registered architect, has been in architectural practice for over 10 years since 2006, having started her career at UACN Property Development Company in 2005, until her last appointment to the Executive Board of Design Group Nigeria, one of the foremost architectural firms in Nigeria. Her areas of specialisation span over various buildings types from residential to commercial and hospitality buildings as well as urban planning. Her love of the arts and creativity has gradually led her to fashion where she emerged with her own clothing label, Abaya Lagos in 2014.

Since then, Abaya Lagos, which she describes as Arabica –inspired, has introduced two major collections, the Desert Bloom (2015/2016) and the Urban Nomad (2016/2017). These have been featured in many tabloids.

The brand also featured in a number of fashion events, such as the GTBank Fashion Weekend of 2016, Hayati Fashion Week and Glitz Africa Fashion Week (Accra) of 2017.

Salamat was a team member of the NLNG Head Office relocation team in Lagos. She is the CEO of Easy Gas Energy Solution Limited. Formerly Serendip Green Solutions Limited established in 2013. She was an employee benefits specialist at NLNG for 2 years. She was the Project Engineer at NLNG. She worked as part of NLNG as part of the team, T7 pre-FID team, she is a graduate of Civil Engineering from the University of Lagos. She is also the Vice President of Civil Engineering Students Society.

Sarwi ‘Rahaman is the Head, Enterprise Customer Service at Airtel Nigeria, a position she took upon in the year 2016. She was formerly the Head, Customer Experience at Airtel, Head High-Value Experience, HVE, Head Projects, Training and Research and Program Manager. She spent many years with her current company that when it was known as Zain, she was their program manager, Organisation Transformation Programme Manager. Then Zain was also formerly Celtel where she was the specialist, CEM and CRM Strategy. She was the Supervisor, Customer Interaction for Celtel formerly Vmobile then Team Lead, CRM Retention unit for Vmobile formerly Econet Wireless. She is a BSC graduate in Economics from the University of Abuja and got her Post Graduate Diploma in Business Administration, from Manchester Business School, University of Manchester.