Meet The 8 Children Of Oba AKINRUNTAN 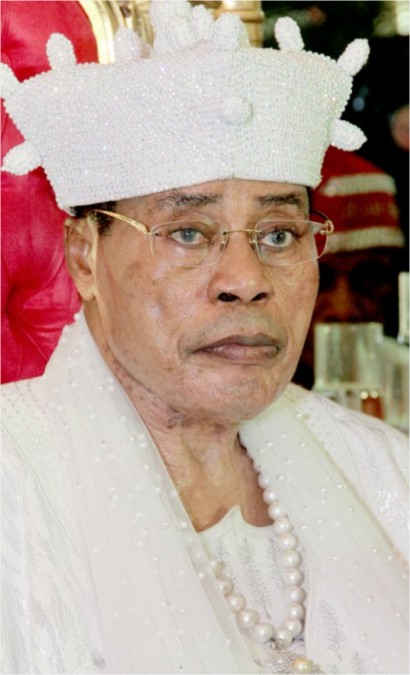 His Royal Highness, Oba Fredrick Obateru Akinruntan, the traditional ruler of Ugbo and the founder of Obat Oil, one of the leading oil firms in Nigeria. Oba Akinruntan is one of the highly respected kings and very loved by his people. His business interests cut across real estate, shipping, construction, fishery, tourism, hospitality amongst others. He is also believed to own one of the most expensive yachts in the country.

In 2014, the stylish monarch was ranked by Forbes Magazine as the second richest king in Africa and the richest king in Nigeria. He is also known for his love for choice automobiles, he has a custom built 2012 Roll Royce similar to that of the queen of England. Despite his enormous wealth, he instills discipline into all his children and taught them the rudiments of business right from when they were little and also groomed them till when they have acquired skills and knowledge to run their business. Oil and gas is the family business the Akinruntans engage in though some of them still run other personal businesses.

We have been trained from a young age that my path was in the family business and I also focused on that too. He made sure to give us good education and no extra privilege. We had to complete our first degree before we could travel out for vacation. At age 18, I started from the position of a pump attendant, learnt the ropes, later became a supervisor then station manager then General Manager, I worked with intelligent professionals that taught me lots of things and finally assumed his position when he was crowned Olugbo of Ugbo Kingdom”.

Though most of the king’s children are into the family business, they maintain a low profile.

Prince Abayomi Akinruntan is a businessman, politician and currently a member of the House of Assembly representing Ilaje Constituency1. He is actively involved in the day-to-day operation of Obat Oil and Petroleum Limited, one of Nigeria’s major indigenous oil companies, he became the operational manager of Obat Oil. He is the director of operations for Febson Hotel Nig. in Abuja. In 2011, he was appointed group Executive Director Operation Obat group and the Ondo State pioneer coordinator for Nigeria Content Development and Monitoring Board in Yenegoa before he ventured into active politics in Ondo State.

Prince Akinfemiwa Akinruntan is currently at the helm of affairs at Obat Oil, he is the Managing Director who has brilliantly run the affairs of Obat Oil for years now. He is often described as the man of style and has consolidated on his father’s impressive business profile. According to him, he has learnt virtually everything from his father and watched his father for over 22yrs and this has provided him with a strong foundation, though he still reaches out to his father for counsel and wisdom. His mum who happens to be the first wife of the king, Queen Yetunde Akinruntan is from the popular Abraham Adesanya’s family in Ijebu-Igbo in Ogun State.

The very beautiful and humble Mobola Akinruntan, who besides oil and gas, has carved a niche for herself in the fashion industry. Her brand Login House is fast becoming a household name having participated in various local and international fashion shows. She is a graduate of Accountancy from Ogun State University. She spent a good number of years in the UK before relocating to Nigeria. According to her, oil and gas is a family business but still had to venture into what she has a strong passion for. She has a stake in her father’s oil and gas business but enjoys using her hands

How The South West Played Into The Hands Of The North