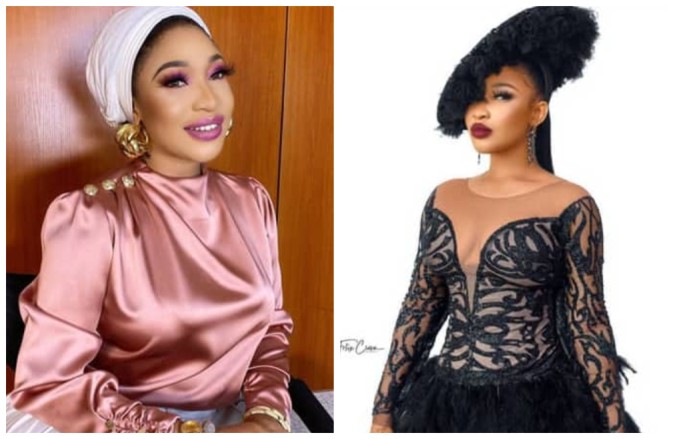 This set of actresses are not only talented and interpret roles well, but they are also beautifully endowed with curves. Besides their talents, their fan base has increased because of their looks. Many fans love to watch their movies just to have a glimpse of their sexy looks.

Many call them show stoppers as they often turn heads at every event and parties they step into with all attention on them. Their sexy looks can make any man go crazy, they have killer shapes, flawless skin, and pretty faces to compliment it and one can’t help but admire these beautiful ladies. City People Senior Showbiz Reporter BIODUN ALAO brings you the curvy Igbo actresses.

Crystal Okoye aka Ukwu Venza is one of the most beautiful actresses in the industry. She is known for her famous hips and backside which gave her the nickname “ Ukwu Venza”. She hails from Nnewi in Anambra State. A graduate of Public Administration from Unizik. She started acting in 2012 and the first movie she featured in was titled “ Wild heart” and she brags about having the best shape in Nollywood.

Destiny Etiko is one of the wave-making stars in the industry. She is popularly known as a Nollywood drama doll. Destiny is naturally endowed with beauty and curves. She is no doubt one of the sexiest actresses in the industry. She always endeavours to flaunt what is got on social media. She’s from Udi in Enugu State, joined the industry in 2011 after her graduation from Nnamdi Azikiwe University Akwa where she bagged a degree in Theatre Arts.

Daniela Okereke is one actress that is extremely proud of her curves and this is evident in the way she posts pictures on social media. She is always looking gorgeous and very stylish.

Chika Ike, this pretty Anambra State diva is the complete definition of sexy classy and sophisticated. She began her career as a model before joining the movie industry. Today she is one of the most successful stars in the industry running series of businesses.

Chizzy Alichi is a very private and beautiful actress. She is also endowed and her figure attracts many fans to her. She is tall and blessed with flawless chocolate skin. A graduate of Agricultural Engineering from Enugu State University of Science and Technology.

Tonto Dikeh is another pretty hardworking and determined superstar who has vowed to excel against all odds. Many tag her as controversial but she is one strong woman who has inspired many young ladies. She is blunt to a fault. After having her baby she decided to go under the knife to have her dream boby. Today she is one of the sexiest actresses in the industry with a body to die for.

Anita Joseph is one of those very few actresses that are naturally endowed. No matter what she wears she is always looking hot. She has got the curves in the right places and enjoys flaunting what God has blessed her with. She joined the industry in 2005 and rose to fame in 2006 after her role in the movie “Tears in my Eyes”.

Nkechi Blessing started her career with the Yoruba Movie Industry. She is versatile such that she plays just any role given to her and interprets them perfectly. Besides her acting skills, the fair-skinned actress is big and well-shaped in the right areas making it easier for her to be noticed in any movie.

Pretty Onyi Alex is another gorgeous actress with a very curvy shape. She is the Ceo of “The Body Ng” where she sells female clothes. Onyi enjoys flaunting her sexy shape on social media and remains one of the sexiest stars in the industry.

Tracy Obinna is the CEO of Sediore Cosmetics. She is not just a beautiful model but the full definition of beauty and brain. She holds a master’s in business and finance. This pretty babe has got it all, a curvy body, a pretty face, flawless skin, and a head for business.

Evia Simon is an actress-producer model and humanitarian. She has featured in movies like Unbreak, Mind’s Eye amongst others. She is beautiful and blessed with a sexy shape.

Chioma Nwaoha is another very pretty young actress with a gorgeous body. She has a skin is to die for. She is not of the big size but still curvy and equally blessed with a pretty face to compliment her looks.