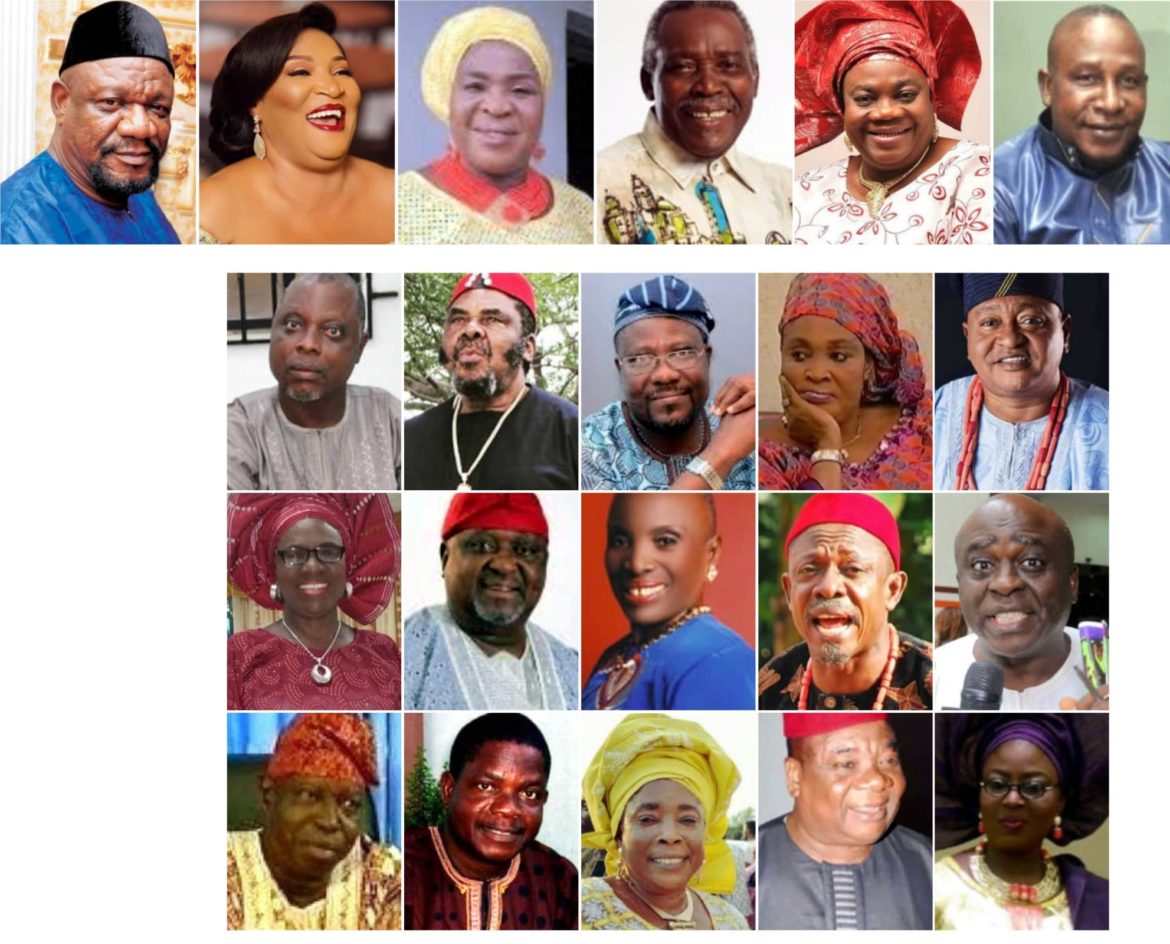 It’s no more news that the pandemic has affected the movie industry and put a lot of movie projects on standstill while lots of producers have incurred lots of debts. There is also the issue of social distancing which no doubt will affect movie productions especially in interpreting romantic roles and all that. This is why during the lockdown talented stars came up with different ideas on how they can still keep their fans entertained online through different programs and fans have also embrace the idea because these programs are not just entertaining but also educative. It has given fans the opportunity to know their favourite stars more while the stars on the other hand have been able to exhibit some talents which lots of people were not really familiar with.

Murphy Afolabi is a highly respected actor in the Yoruba movie industry. He loves producing traditional movies which often showcase Yoruba culture and traditions. He is an exceptional actor in the industry and he is presently running a Yoruba program on IG titled “Iriri mi” my experience where guests share their experiences. It’s always an interactive session as a particular celebrity is also invited to be a special guest on the program and notable stars like Madam Saje, Bimbo Oshin and others have been guests on the programme.

Kolawole Ajeyemi is a popular actor who is married to one of Nollywood super stars Toyin Abraham. He runs a program on IG titled “Yoruba Ledewa”. This particular program showcases the rich cultural Yoruba heritage and notable stars like Toyin Abraham, Eniola Ajao and others have been guests on his program.

Femi Adebayo is one of the finest in the movie industry. Aside coming from a movie family, he has been able to build a successful movie career and is rated one of the very best in the Yoruba movie industry. Presently he runs “Nkan Nbe” talk show on IG in which guests are also invited and people discuss realities of life.

Funke Tanimola popularly known as Mercy Flawless is among the Yoruba movie stars making waves in the U.S. She works as a radio presenter abroad. Besides other businesses, she also runs a popular blog on IG, she is also among the actresses presently running programs on IG, she tagged it Unscripted with Funke. She interviews movie stars on her page and also talks about the current state of the movie industry, highly celebrated stars like Foluke Daramola have been guests on her program.

Fadekemi Momoh is another beautiful and talented star making waves in Canada. Before she relocated to Canada she was doing extremely well in the movie industry and most often people tag her Bimbo Oshin’s sister because they share close resemblance. Even after relocating she has not slowed down in her career, she’s been featuring in movies back to back and skits produced by Nollywood Ark Canada family. She currently runs “Paparazzi time with Deke.” She interviews stars who have been making the industry proud. She has hosted Iyabo Ojo, Mercy Aigbe she is presently on episode thirteen in her program.

Kunle Afod is not left out of the show, he runs “Laugh hour with Kunle Afod”. He is one of the most creative and talented film makers in the industry. He invites comic actors as guests on the show and they crack people up. You can never have a dull moment listening to this particular program

Tawa Ajisefini is another beautiful young actress making waves in the Yoruba movie industry , though she’s been out of the country for few years now living with her husband in the U.S. This dark talented actress has remained very active in the industry through social media. She currently runs Tawa Ajisefini and fans on IG where she engages her fans on educative and entertaining topics for discussion. It’s usually very interactive with lots of moral lessons to learn.

Regina Askia might not be featuring in movies anymore, but this mother of three is still as relevant as any movie star in the industry, still contributing positively to the movie industry. She runs a program tagged “Saturday online clinic” where very educative topics are being discussed especially current happenings in the society and also profers possible solutions. Guests are also invited to educate listeners concerning every issue discussed.

Kelvin Ikeduba is another fantastic actor who is successful in both English and Yoruba movies. This multi-talented actor is always fishing out very educative and interesting skits to fans on social media, always leaving them to beg for more.

We Have Done A Lot In The WORKS & HOUSING Sector – Works & Housing Min., Mr BABATUNDE FASHOLA

How I Built My Business Empire – KIKI OKEWALE, CEO, Hope By Fashion