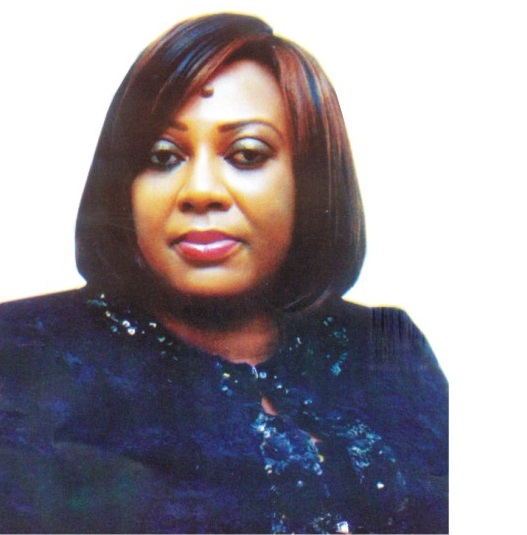 If you frequent VGC area of Lagos, located on the Island, around Ajah, you must have noticed 2 brand new filling stations that is spreading fasts around that neighbourhood and around other parts of Lagos.It has an Army Green colour and they are both state of the art filling stations, with everything looking very on point.For quite some time now, many people have been wondering about the owner.Trust Lagosians all sorts of names have been bandied around, with none of it being correct.

We can tell you the owner.

It is one brilliant and pretty Lagos businesswoman called Dame Winifred Akpani she is a seasoned Chartered Accountant and an accomplished Business Executive who is the Founder & Chief Executive Officer of Northwest Petroleum & Gas Co. Ltd.; an indigenous Petroleum Products Marketing Company that is doing very, very well. She is a Director of several other businesses. She is a thoroughbred Professional who is driven by Integrity, Ambition, Hardwork, and Excellence.

She is a fellow of both the Institute of Chartered Accountants of Nigeria (FCA) and the Institute of Directors (100). She has attended numerous local and international courses and seminars cutting across Finance, Oil & Gas, Corporate Governance and Banking. Dame Akpani has over 30 years post-graduation work experience starting in 1987 as a Trainee Accountant in Oni Lasebikan & Co. (now Ernst & Young), an Accounting Firm.

Thereafter, she moved to Arthur Andersen & Co. (now KPMG Professional Services), where she qualified as a Chartered Accountant in 1990. Leaving practice in 1992 as an Audit Senior, she joined Flame Petroleum & Gas Company Limited, a start – up Oil Marketing Company as Financial Controller and rose to the position of Executive Director within 5 years. In her quest for self-fulfillment, she left the company in 1998 to found Northwest Petroleum & Gas Company Limited and assumed the position of Managing Director/Chief Executive Officer.

Northwest Petroleum & Gas Company Limited is an indigenous Oil & Gas Trading Company with international repute. The company has vast experience in the importation, supply, distribution and storage of Petroleum Products and is also actively involved in the official export of Crude Oil from Nigeria being one of the companies approved by the NNPC for the allocation and export of Nigerian Crude Oil. The company has grown from a =N= 200,000 (Two Hundred Thousand Naira) capital base start-up supplying diesel to Banks, Homes and Guest Houses to an International Oil Trading and Services Company with annual turnover in hundreds of million of dollars. The company has investments in midstream and upstream sectors of the Oil & Gas Industry.

Amongst other facilities, the company operates two (2) Ultra-Modern Mega Petroleum Products Storage Terminals with combined capacity of 96.8 million litres certified and licensed by the Department of Petroleum Resources (DPR) and an Ultra-Modern Berthing Facility with International State-of-the-Art Fire Fighting and Safety Equipment, adjudged one of the best in Nigeria. All these are strategically located in the Calabar Free Trade Zone, Cross River State.

The company also own and operates several unique 24-and 26-nozzle Ultra-Modern Mega Filling stations across the country under a very rapid expansion program. As Managing Director/Chief Executive Officer, Dame Akpani is responsible for managing and directing all company affairs and activities with the framework determined by the Company’s Mission Statement and Strategic Corporate Plans. She is also responsible for the provision of quality assurance and control in all projects in order to ensure that the objectives of Northwest Petroleum and Gas Company Limited are realized in a timely and cost effective way.

Dame Akpani’s commitment to humanitarian service is depicted in the Company’s Corporate Social Responsibility to its host communities and the nation at large. The record in this area is unassailable. The company renders immeasurable support to the Nigeria Police Force, Professional Bodies and several not-for-profit organizations in the country with emphasis on Childcare, Healthcare, Education and Security across the country. In year 2009, Dame Winifred Akpani was awarded The Pro Ecclesia et Pontifice (Latin: For Church and Pope) medal by the then Holy Father, Pope Emeritus Benedict XVI. An award of the Roman Catholic Church also known as the “Cross of Honour”, it was established by Pope Leo XIII on July 17, 1888 and is currently given for distinguished service to the church and humanity by lay people and clergy. It is the highest medal that can be awarded to the laity by the Pope.

Double Wahala: Khloe, Teddy A In Messy Fight Over Piece of Meat

MISTAKES TO AVOID WHILE CHOOSING A BUSINESS...