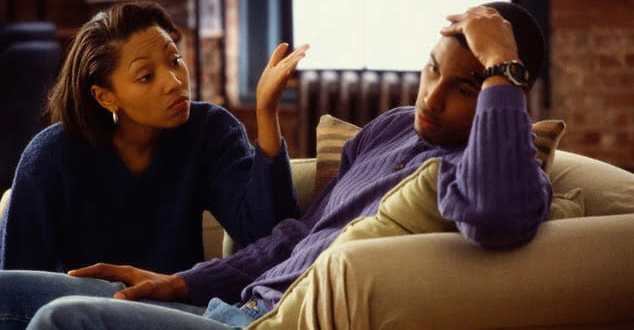 If a man wants to make amends with his girlfriend after an argument, he should dedicate quality time and shed a few tears while asking for forgiveness. At least that’s what researchers recommend.

They, however, argue that these are not the best ways for a woman to make up with her boyfriend, noting that instead, she should provide S3x, as men consider S3xual favours as the best form of apology.

This was revealed in a study led by T. Joel Wade of Bucknell University in the US. Overall, it was found that showing emotional commitment is the best way of reconciling a conflict between romantic partners, but that there are systematic differences in how men and women prefer this to be put into practice

The findings were published in Springer’s journal Evolutionary Psychological Science.

The study was done in two parts. Participants were first asked via an online questionnaire to nominate specific actions that men and women engage in to reconcile with their partners after a fight.

These were then grouped by the researchers into 21 categories of possible reconciliation behaviours.

The options given by the participants in Study 1 were then given to an additional group of men and women to ascertain which methods were preferred or considered most effective.

It was found that men rated a partner doing nice gestures and giving S3x/S3xual favours as more effective.

According to Wade, these findings are consistent with previous studies that showed that men prefer a partner who is S3xually accessible.

“Women may thereby use S3xual favours as a way to reconcile with their male partner,” says Wade. “Doing so may communicate to their male partner that they are still S3xually accessible and as such do not want to end the relationship.”

It was further found that women held it in high regard when a partner spent time with them after a conflict, apologized and even cried to show their remorse.

“Women may rate spending time together more highly because this behaviour signals a partner’s willingness to invest effort and limited resources (e.g. time) into their romantic pair-bond,” explains Wade.

“Such actions by a man may signal the likelihood of a potentially high parental investment which women prefer.”

Women also rated crying and apologising as more effective methods of resolving conflict than men did.

According to Wade, this might be because women view male partners who do so as being in touch with their emotions, without being feminine. Tears are seen as an honest signal of grief about a rocky relationship.

“Women may find the act of their male partner apologising to be an effective reconciliation tactic because it is viewed as an altruistic act.

A man’s apology may redirect the cost of romantic conflict to himself rather than to his partner and thereby demonstrate his ability to provide emotional support and incur personal costs for his partner,” Wade explains.

Men love women who Apologise with Sex after a fight was last modified: July 21st, 2017 by Arinze Ago

7 Signs Your Boss Wants To Sleep...