MIDE MARTINS Opens Up On Her Rift With Ashabi Olorisha 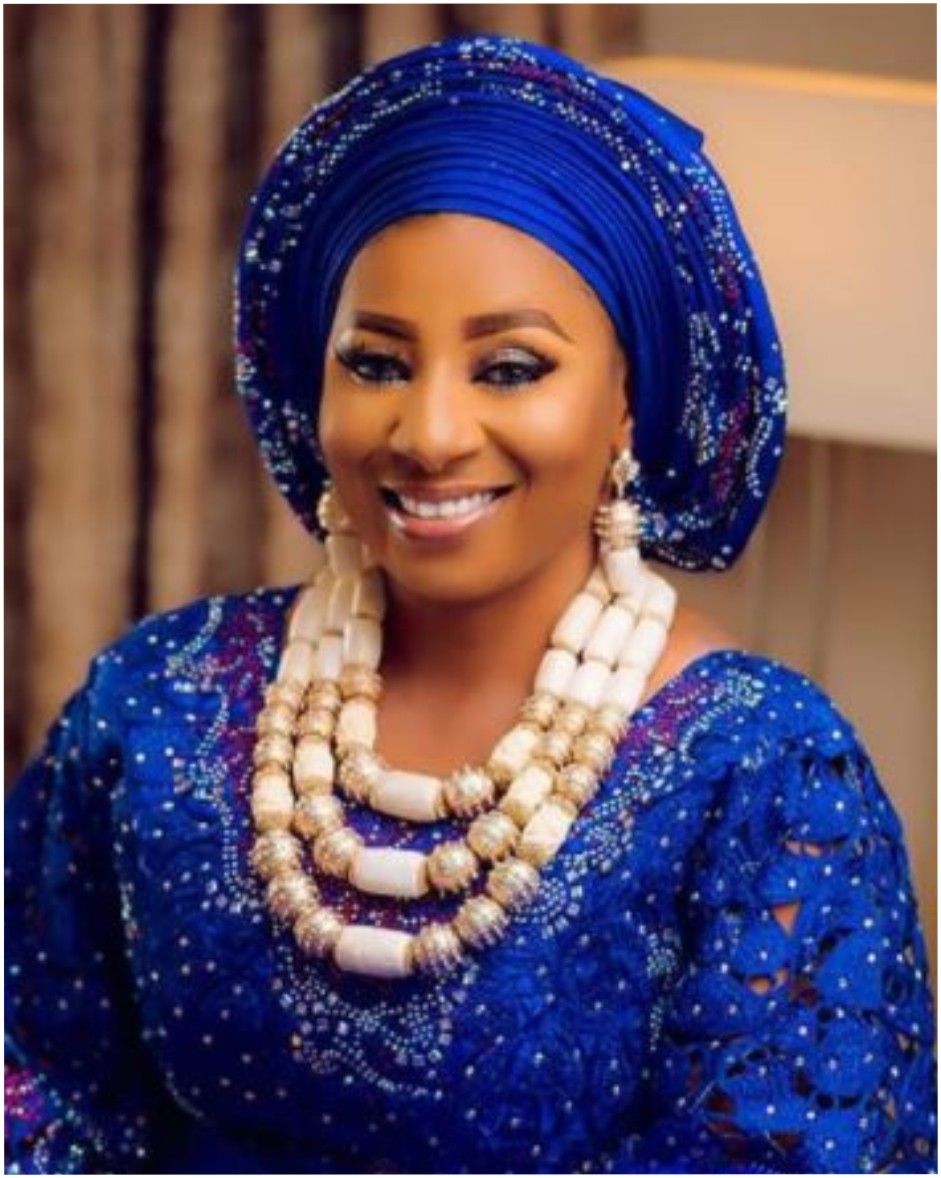 •And Her Brother, DAMILARE and late Mum

She is married to one of the best filmmakers in the industry and together they run a film academy that has produced a lot of young movie stars in the industry. Their marriage is equally blessed with 2 children.

In February a popular blog (gistlover) called her out for abandoning her younger brother and many were disappointed, but the issue was sorted and she did a video seeking for the custody of her brother, so she can take care of him.

Just when we thought everything has been resolved, a veteran U.S. based actress, Ashabi Olorisha called her out few days ago.

This time around, not just for abandoning her younger brother, but also her late mum’s graveyard and the entire family. A lot of allegations were levelled against her and City People reached out to her to hear her own side of the story. And this is what she said:

A lot of blogs already spread the rumour that I abandoned my younger brother and my late mum’s grave.

Honestly, I don’t really want to talk about it, because it is a family matter, and I am not ready to start dragging my family issue on social media. You see this particular issue on ground is a very deep matter and it is strictly between me and my family especially my Uncle, that is my mum’s younger brother. It is so deep that many won’t be able to comprehend, and if I want to start going into details, it is like scattering my family, and with the little knowledge I have, I wouldn’t want to do such at all.

I don’t care about whatever anybody says. Let God and my mother judge.

I don’t need to always come out on social media to say, oh this is what and what I have done, let people that want to do drama continue with their drama.

Do you know that many people don’t know Damilare is not the only brother I have, I have another brother that is married. He is Ayotunde Martins, same mother, same father and he is married with 2 kids. We were living together before, we both struggled and took care of Damilare. When he was little there was nobody and we had nothing. When my mum died everybody left us and took everything away from us. Everybody left us. It is now that God has blessed us, that they are now angry.

This same Ashabi Olorisa saying all sorts, where was she then? did she know how I survived? I was very young when my mum died, it is just God Almighty that saw us through, nobody was there for us. As young as I was then, nobody came to my rescue. I suffered, worked hard and God’s grace came upon me, so, they are now against me. I leave them to God Almighty to judge accordingly. I really don’t want to go into details, because it is very deep and they know what they are doing. I hand them over to God. It is only me that knows how I take care of my family.

I was actually planning to have an exclusive interview, that way I will be able to explain my own side of the story very well.

I believe when you are doing things right, whatever they say about you, God will judge the case. I actually wish to see Aunty Ashabi so I can ask her why she is doing all these because I am sure there must be something behind it. Because all she is saying is not true.

She did a video one-time claiming I had something with Shina Peters and that was what killed my mum. She said I was dating Shina Peters, that was the news my mum heard, and she developed a heart attack and it eventually killed her. Why will she be doing things like that? So I don’t expect anything less from someone that can say all that. I will like to ask her where she got all that story from and why is she spreading a false story about me? Does she know what killed my mum? Does she know how long my mum was sick before she finally died? I have lots to say.

Was she very close to mummy before her death?

They were just colleagues in the industry. The person we are talking about is my mum, and I know her more than any other person when she was alive, it is not like they were very close.

When my mum was alive, she didn’t have any close friendship with anybody, except for myself and her own mother.

She confided in just the 2 of us. She didn’t have any best friends or close friends, it was just the normal industry relationship. I often follow her to location and they come to our house to shoot too, it is only when they meet on location they chat, unlike now that there is social media, WhatsApp and all that.

It was landline most people were using them, so at what point in time did they become best friends? I honestly wish to see her and ask her why she is doing all these to me and what exactly she wants from me. Why is she working on tarnishing my image?

Her first video went viral and people started saying I killed my mother.

What about your Uncle, why do you think, he is against you?

I don’t understand, he is my late mum’s younger brother who is taking care of Damilare and I have asked severally to have custody of my younger brother, which I was denied. My other brother Ayotunde was staying with me before he got married. The other time they brought his topic up again, I asked for his custody and they said if we want him, we should go to court.

Sir Shina Peters was there, and you can ask him. That was what they told both of us, but we didn’t say it out, but yet you keep talking on social media as if we don’t want to take care of him. I don’t understand why Ashabi Olorisa and my Uncle are doing all these.

How true is it that you are planning big for your late mum’s 20th remembrance but yet left her grave unkept?

Whatever people like, let them say. I am trying my very best, I am also human and it is not as if I have everything, but the little I have I am doing my best. I still have a father and I am doing my best. Nobody cares about how he is feeding, I still have another younger brother, I have children too, so there are responsibilities for me here and there, but some people are just there to bring you down once they just hear a gist, they won’t even reason with that person in question and even think about other personal things that person is doing too. I am still doing the little I can do, will I kill myself?

Then all these stories about doing party, I don’t know about it.

Do you know how I celebrate my mum yearly?

Where will I get money to call Wasiu to celebrate 20 years of remembrance, won’t my children eat. Don’t I have other pressing issues and responsibilities? I am a hustler, who is always on the move, where do I have time for listening to rumours? People always call my attention to most of this social media drama.

My mum’s 20th remembrance is May next year, please tell me where I am going to get money to pay Kwam 1 with the situation on ground.

Is it not when you have plenty you can afford Wasiu? Me, that I am managing myself?

I celebrate my mum yearly but I don’t make noise about it. I can even send this year’s remembrance video to your Whatsaap to prove I do it yearly without noise, because I know my responsibility and know what I need to do yearly to remember my mum, like prayers, giving alms, which I do, so because I don’t put it up on social media am a bad child.

I know people who I invite for prayers yearly for my late mum, and people I give alms for mum’s sake, so these people that are shouting, what do they do, at least I have videos to prove this. I want to see things they do for her.

Has anyone ever organised any prayer in her honour? If I am doing the right thing or wrong thing let them leave me to God to judge. It is only God that can judge us all.

When it is time for her 20th-year remembrance, I will celebrate it however God blesses me, I won’t go and borrow to remember my mum. I am the first child, however, I choose to remember my mum is definitely my business.

I can’t afford Kwam 1 fees, whichever way I decide to celebrate my mum is my business. The most important thing the dead needs is prayers. I do things the dead need yearly without missing it. I have proofs, let them bring their own out.

I can’t please everybody because I am human, so I will continue to do my best and leave the rest. I won’t do anything on social media to convince anybody otherwise. I am doing my responsibilities as Funmi Martins daughter. I am a hustler and I am doing the necessary things I need to do for the dead and not for social media drama.

MIDE MARTINS Opens Up On Her Rift With Ashabi Olorisha was last modified: July 19th, 2021 by City People

Why US Actress, ASHABI OLORISA is fighting MIDE MARTINS