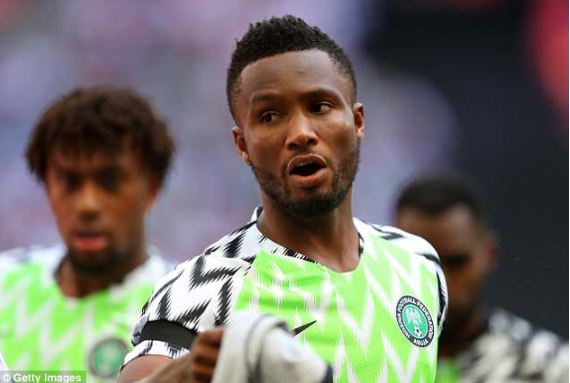 Gernot Rohr’s men finished their warm-up games with three defeats on the board, losing to European opponents Serbia, England and Czech Republic.

Wednesday’s 1-0 loss to Czech meant the Eagles will be lacking confidence before their World Cup opener against Croatia next week.

Mikel revealed that their latest defeat was due to two factors, namely the inclement weather during the game and the long journey from their training camp in Bad Tatzmannsdorf to Schwechat.

German-based Nigerian journalist Oma Akatugba, who spoke to Mikel, told allnigeriasoccer.com: ”Mikel complained about the long trip to the stadium and the bad weather.

“It took them one and half hours before they got to the match venue.”

The team continued their training on Thursday morning and in the evening.