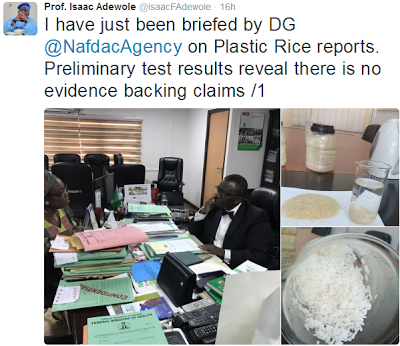 Officers of the Nigeria Customs Service this week announced the seizure of bags of plastic rice shipped into the country by some individuals. The Minister of Health in a series of tweets says there is no evidence backing this claim. He says some test carried out by him in the Ministry shows that the rice are not plastic as was earlier speculated. 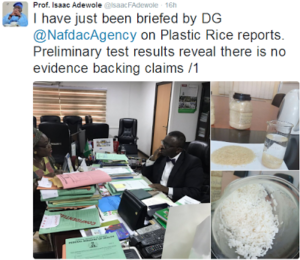 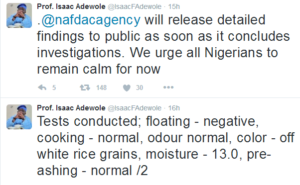