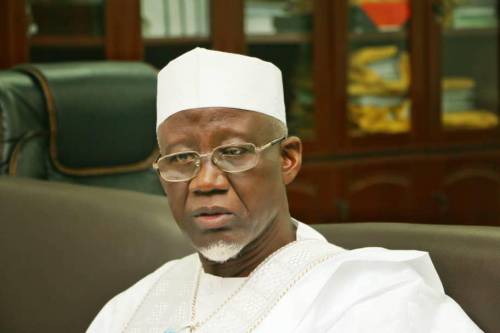 Minister of Police Affairs, Mohammad Dingyadi, has said gunmen overpowered the Imo State Police Command men on Monday because they “came with all the arsenals at their disposal” and “in large numbers”.

Dingyadi stated this on Friday while featuring on Channels Television’s ‘Politics Today’ programme monitored by The PUNCH.

Gunmen on Monday attacked the Owerri Correctional Centre and freed over 1,800 inmates. The attackers also razed the Imo State Police Command headquarters in Owerri and burnt all the vehicles parked at the command headquarters.

A former Assistant Director with the Department of State Services, Dennis Amachree, had said the secret police alerted the Nigeria Police Force at least three times before Monday attacks in Imo but the police failed to act on intelligence.

Dingyadi said, “People are always pointing accusing fingers at the police. This report was not just sent to the police. It was sent to other security agencies and the government, as far as my understanding is concerned. The police at that particular time did the best that they could but were overpowered.

“Don’t forget that these people came prepared; they came with all the arsenals at their disposal and they came in large numbers and that is why they were able to overpower the police at the entrance of the police headquarters in Owerri.

“So, it is not just the police to be blamed, the police did their best and it was not only the police that was hit; the correctional centre in Owerri was also attacked. It is a collective responsibility. Security is the responsibility of everybody and we have a responsibility to ensure that we remain alert and focused on these issues 24 hours a day.”