How Monaco Strolled Past Borussia Dortmund In UCL Q/Final 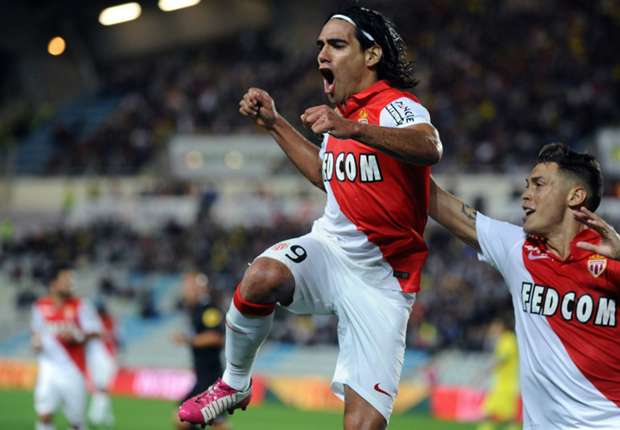 Goals from Kylian Mbappe and Radamel Falcao proved effective as Monaco reached the Champions League semi-finals with a 3-1 home win over Borussia Dortmund in an enthralling game on Wednesday.
French prodigy Mbappe and Colombia striker Falcao scored in the third and 17th minutes before Marco Reus gave the visitors hope with a 48th-minute goal, only for substitute Valere Germain to wrap up the win for the French side nine minutes from time.
Monaco joined Real Madrid, Atletico Madrid and Juventus in the last four of Europe’s premier club competition, becoming the first French team to achieve the feat since Olympique Lyonnais in 2010.
“We’re happy to be in the semi-finals, it’s important for French football,” Falcao said.
Dortmund coach Thomas Tuchel was philosophical after a difficult tie from the moment his team’s bus was attacked before the first leg last week.
“Over both games we have the feeling that everything that could go wrong went wrong,” he said.
The kickoff was delayed by five minutes after the German team arrived late at the Louis-II stadium due to traffic problems. Dortmund said on their Twitter feed that the bus had been held up by police at their hotel for 20 minutes.
The incident occurred a week after the first leg was postponed by 24 hours after the Borussia team bus was attacked with explosives on its way to the stadium.
Monaco fans unveiled a “You’ll Never Walk Alone” banner, with the German team’s anthem, which they share with British clubs Liverpool and Celtic.
Monaco, who have now scored three goals in each of their last five Champions League games, made a fast start.
Benjamin Mendy’s fierce 25-metre strike was parried by Roman Burki into the path of Mbappe, who coolly slotted home to put the hosts ahead.
Dortmund came close to an equaliser when Nuri Sahin’s free kick hit Danijel Subasic’s left-hand post.
Monaco, however, doubled their tally three minutes later as Falcao perfectly timed his header to beat Burki from Thomas Lemar’s cross from the left.
That left Dortmund with three goals to score to force extra time and Tuchel replaced midfielder Erik Durm with forward Ousmane Dembele.
The German side looked transformed after the break and they were quickly rewarded as Reus reduced the arrears when he volleyed home from Dembele’s cross after a dazzling run by the Frenchman.
It spurred the visitors into action and Monaco started to look shaky as the 19-year-old Dembele proved a constant threat.
Monaco, however, had a golden chance to wrap up their qualification shortly after the hour but Falcao’s chip went over the bar.