Home Opinion Money- Dear millennial, you can be broke and still be happy
Opinion

Money- Dear millennial, you can be broke and still be happy 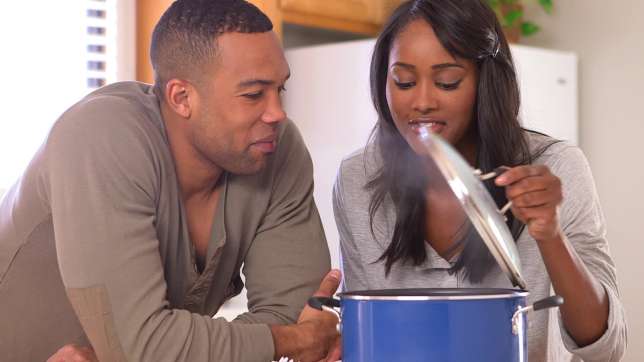 Being broke isn’t a choice, it is sometimes caused by the circumstances of one’s background or the processes of growth towards wealth — you might get rich later in life.

Should I use my last money to buy myself a cake and be broke but happy?

The truth is that not everyone will be super rich. Others might, however, be in the process of being rich. Sometimes too, the definition of ‘broke’ is very much subject to varying definitions.

Broke and rich are relative and are of varying definitions

To the poor man, the owner of a 2.2 Pencil Camry is tough and popping. The the Civil servant, that person is struggling. To high-class social media, you are broke.

Let’s not forget that having a job, earning your keep and making N200,000 in a month makes you broke on Twitter NG where the average person makings around N60,000 in a month.

What do you want me to do now that I’m broke to you? Not talk to you? Fam, we weren’t talking before.

In reality, if you’re doing good and living well, earning your keep, you might not be satisfied with where you are, but everyone is rich to someone and everyone is poor or broke to someone.

Like it or not, that man who can afford to send his kids to Western institutions for University education, living at Ogba, Lagos is broke to someone.

Whatever you do, you should have that at the back of your mind and make sure you find your aesthetic toward happiness.

How do you find your happiness?

There are cardinal rules to happiness, which won’t just fall from the sky.

We refuse to be broke-shamed, we are billionaires on the come-up (WordPress/Real Daniel Steinberg)

The key is also to be contented. Though cooked noodles sometimes fall from the sky in form of surprising presents, you still need to understand your standing in life and live within those limits.

The more you attempt to get out of that circle and you constantly get knocked down with rejection or regrets when you overspend, the higher your frustration with your social standing.

You can avoid it by contentment (Virtual Hold Technology)

Your plans should be about finding the best form of happiness with your pay grade, even while you aim for higher financial standing or better pay.

Admittedly, the things we can’t have often seem better alluring to us, we take what we have for granted and fail to see the equally fun parts of who we are.

It is also key to not let the words of naysayers and the slay pictures on social media get to you.

Hold up, I’ll admit something — those pictures will make you sad and worrried. LOOL.

Who nor like good thing? But soup wey sweet na money kill am.

The representation of true luxury is very attractive and it will entice most people. We have to admit that those things will attract and frustrate us sometimes.

What we can do is understand that we are not at that level yet and the only way to get there is by planning. If you weren’t born with it, earn it — legally.

Do you then get contented with where you are?

As DJ Khaled told us in 2006; Listennnnnnnnnn! (Twitter/Muhammad Saad Khan)

Comfort is a tricky thing. You can be happy with where you are and get so comfortable with it, you fail to see elevation or even not realize that you are not aiming for elevation.

Comfort is both a gift and a curse. The key is to understand who you are and who you want to be — a necessary distinction so you can both live and aim for better.

It takes great effort and self-awareness to balance those two risky businesses, so comfort doesn’t become a curse and so you don’t get desperate to leave where you are.

Moderation is key in everything. You have to both love and hate where you are and strive for better — a necessary requirement in anything you do.

For the moment that you are broke though, you have to find your happiness by making the most of where you are. Growth and elevation are sometimes natural and unplanned.

You have to always be the best version of yourself and make the most of everything you get, even the negatives. It is hard to get accept not having a car or not living on Banana Island, but you must accept it.

You must also consciously refuse to be shamed.

Money- Dear millennial, you can be broke and still be happy was last modified: September 24th, 2018 by Igbokwe John