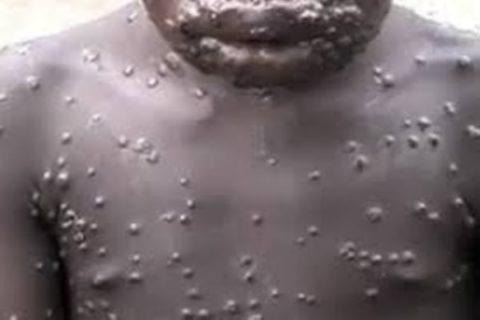 A suspected monkeypox victim, Miss Wuese Aloo, has lost her four-month-old pregnancy.
This was confirmed by the Benue State University Teaching Hospital (BSUTH), Makurdi.
According to the hospital management, “the blood sample of the first victim has been taken to Senegal for screening; the result is being expected.”
Wuese said she contracted the disease from her lorry-driver boyfriend, who is nowhere to be found.
He occasionally brings goods to Gboko.
A youth corps member from Cross River State, is allegedly responsible for the pregnancy.
He has been quarantined at BSUTH while tests are being conducted.
Monkeypox: Victim Loses 4-Month-old Pregnancy, Lover Quarantined was last modified: November 9th, 2017 by Arinze Ago