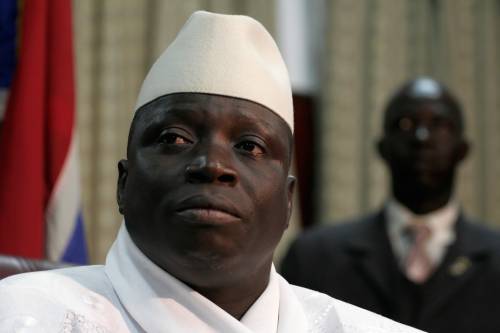 Morocco wants Jammeh “to accept his election defeat in return for a golden retirement in Morocco”, the website said.
The initiative comes after an international outcry over Jammeh’s refusal to step down.

Even the prospect of military intervention in The Gambia has been floated in recent days, following declarations by the United Nations and African Union that boots on the ground could get the green light without a rapid resolution of the crisis.

The Moroccan foreign ministry did not immediately respond to an AFP request for comment on the authenticity of the report.

The report came ahead of an African Union summit in Addis Ababa at the end of January, which will see Morocco return to the regional bloc decades after pulling out in 1984.

A spokesman for The Gambia’s opposition leader Barrow, who is currently in Senegal, has vowed that the president-elect’s inauguration will go ahead as planned on January 19.

MUGABE’S SPOKESPERSON SAYS THE PRESIDENT WOULD HAVE...