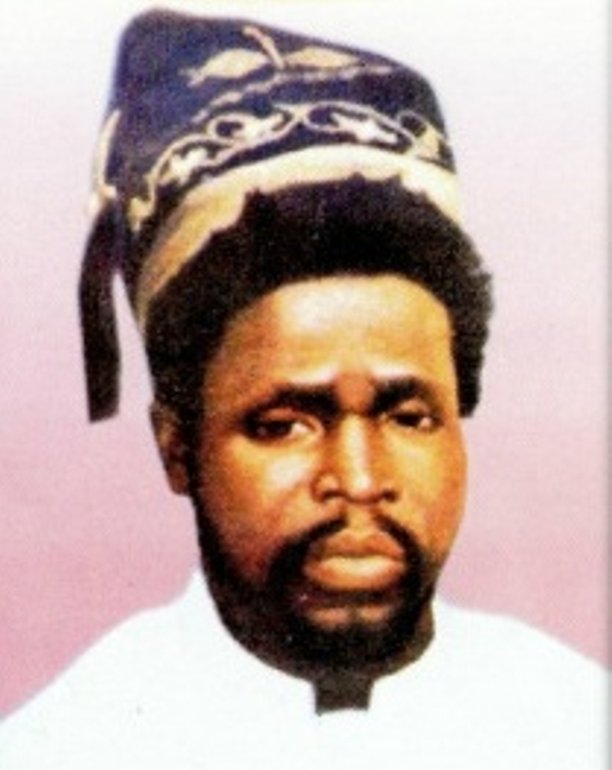 The founder of first African initiated church (Cherubim and Seraphim), Moses Orimolade was born around 1879 into the royal family of Omo’ba Ode Sodi of Okorun Quarters, Ikare, Western Nigeria. Her mother was said to be Madam Odijoroto.

There was many mysteries before and after his birth which led to his prolonged paralysis. He could neither stand nor walk which made his parents to take him to St. Stephen’s Anglican Church of Ikare for spiritual help.

On a particular night, the Minister of God in the church was drawn to the church by a strange light and sound of singing coming from the church. To his surprise, he only saw a boy in his tender age sitting on the floor in a bright illumination.

At the age of twelve (12), an angel appeared to Moses in his dream and gave him three objects: A rod for victory, A royal insignia which signifies authority for prayer and a crown that connotes honour and respect from every individual.

After the dream, He started preaching the words of God to his people who are predominantly idol worshippers.

This made people convert from Paganism to Christianity and it reduced the numbers of Idol and masquerade worshippers.

At a certain time of his early age, he took ill and for seven complete years he suffered from this malady. At the end of his illness, he became a lame man, but God made him to walk miraculously. During the period of his illness, he was taught by the Holy Spirit how to read the Bible and memorize whatever he read.

Moses started his missionary work as a preacher. He openly confronted witches and wizards in Irun and pulled down many idols.

In Kaba town, He fought a strange lion and kill it, also in Ogidi, He purified a pool.

The founding of C. M. S churches in Abuja, Egbe, Igan and Ikosa (all in Yagba division) was credited to him.

Orimolade then proceeded to far North visiting Zaria, Bauchi and Adamawa provinces, he also visited Sokoto, Kano and Bomu but many people weren’t converted because of the prevalence of Muslim religion. It was said that He built a prayer house in Nguru.

An unforgettable event was also recorded on his visit to Ogbomosho where he was said to have been openly condemned as a swindler by a young woman.

He angrily left the town after cursing them. After some times, a delegation from Ogbomosho searched for him and plead so that he will remove the curse the curse brought upon the town which has been manifesting.

Orimolade accepted and followed them where he prayed passionately to avert the curse.

It was also noted that whenever he wants to preach, His Nazareth hair would stand up and this frightened his followers. Hence, He was advised to wear an unusual hat to cover His hair.

From his preaching and fervent prayer, he was named ‘Baba Aladura’. His popularity wasn’t welcomed among the Anglican leadership and this led to his ejection in September 1924.

People followed him and formed a group called ‘Aladura Band’ and He continued his preaching and praying with them.

The band was changed to Cherubim and Seraphim in 1925 by spiritual injunction. Moses Orimolade reigned as the sole founder and spiritual father from 1925 to 1933. During his lifetime, He  neither married nor had children.

Orimolade passed away to eternity on October 19, 1933 at about 3AM. On 20th of the same month and year. He was buried at Ojokoro and since 1934, there have been remembrance services at Ojokoro by all members of C&S organization worldwide.

In 1975, his body was exhumed and reburied at Ikare Akoko. His hometown. At the point of exhuming, his body was fresh and intact, not decayed while His clothes were as white as snow.

He was humorously honoured by the Nigeria Association Of Aladura Churches as the Grand Commander of the Order of MELCHIZEDEK (G. C. O. M) and recognized as Aladura Saint in 1992. Before the end of this year by the calling of all the great prophets God will Re-write your stories and put laughter in your mouth IJMN.