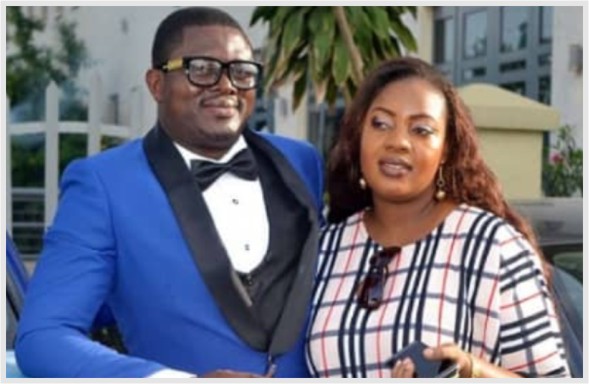 They are exceptionally talented movie stars who have excelled in the movie industry featuring, producing and directing blockbuster movies back to back, they have made a success out of their careers and marriages as well, despite living far from their spouses, they have kept the relationship and marriage going and the love keeps waxing stronger. These successful stars often flaunt their spouses on Instagram and also always celebrate them when necessary, they have been able to prove to many that unlike many assumptions that celebrities can’t keep a happy home, they have changed the narrative and remain role models to many upcoming stars in the industry, that they can make a success out of their careers and marriage life.

Wale Akorede popularly known as Okunnu is one of the best Nollywood comic actor in the industry, he is blessed with a unique way of interpreting roles and this has made his fan base increased drastically.

Besides his successful career, he is married to the very gorgeous Wunmi Wale Akorede and the couple has been married for over 24 years and the marriage is blessed with 4 kids, though many don’t know he is happily married and the wife and the 4 kids are based in Canada and he takes out time to go and spend time with them abroad and he attributes understanding, patience and tolerance to the secret of his successful marriage.

Muyiwa Ademola, when we talk about successful and multi-talented filmmakers in the Yoruba movie industry, Muyiwa Ademola will definitely top the list, he has produced blockbuster movies back to back and featured in lots of movies, he has been happily married for 14 years to the very pretty Omolara Ademola and the wife and kids stays in Canada, he always take out time to visit and spend time with them abroad.

He is one actor that celebrates his pretty wife more often than many of his colleagues in the industry.

Desmond Elliot is happily married to Victoria and their 17 years marriage is blessed with 2 set of twins.

Desmond is among the successful movie makers and politicians in Nigeria. The couple met at their days in the University and finally got married in 2003, many don’t know that Victoria is also a successful movie distributor in Nigeria and they are blessed with 3 boys and a girl (2 sets of twins).

His wife and kids equally stay abroad but spend time in Nigeria especially when they are on holiday.

Omoni Oboli and husband Nnamdi are one of the most admired couple in the entertainment industry, she is often seen in online skits with her husband and children and has proven marriage can be both sweet and fun, they are blessed with 3 grown-up boys and one will hardly believe Omoni’s husband and children lives in Canada while she stays in Nigeria but despite this, she travels very often to spend quality time with her family and make up for time, they have stayed apart. The couple has been successfully married for 20 years now and still counting.

This couple are no doubt one of the most admired in the industry and their love keeps waxing stronger.

Award-winning actor OC Ukeje is one of the most sought-after successful young actors in the movie industry and he is happily married to Ibekunolowa Bickeristeth who lives in Canada, and this has in a way affected how he features in movies because he spends more time with his wife abroad and only get to feature in movies when he gets back to Nigeria and they have been married for 6 years.

He got married to Deborah Smalling in August 2014 in Atlanta Georgia though despite being married to a foreign-based lady, he is still very active in the entertainment industry, producing and directing outstanding movies but spend more time with his wife in the U.S. so, he has been shuttling between U.S. and Nigeria working on different movie projects.

Super talented actor, Jim Iyke is happily married to Dana Kinduryle, she is from Lithuania but resides in Vilnius, the capital of Lithuania through her family comes from the second largest City Kaunas.

The couple welcomes their first baby in 2015, at Atlanta Hospital, and the couple has kept their marriage off any social media drama and living happily together.

Yomi Fabiyi, multi-talented actor, Yomi Fabiyi is one actor that is married to a British wife, though there was a breakup rumour at a point but the couple are still together and the actor takes out time to spend time with his U.K. based wife. Yomi and his wife, Fran has been married for over 5 years and still counting.