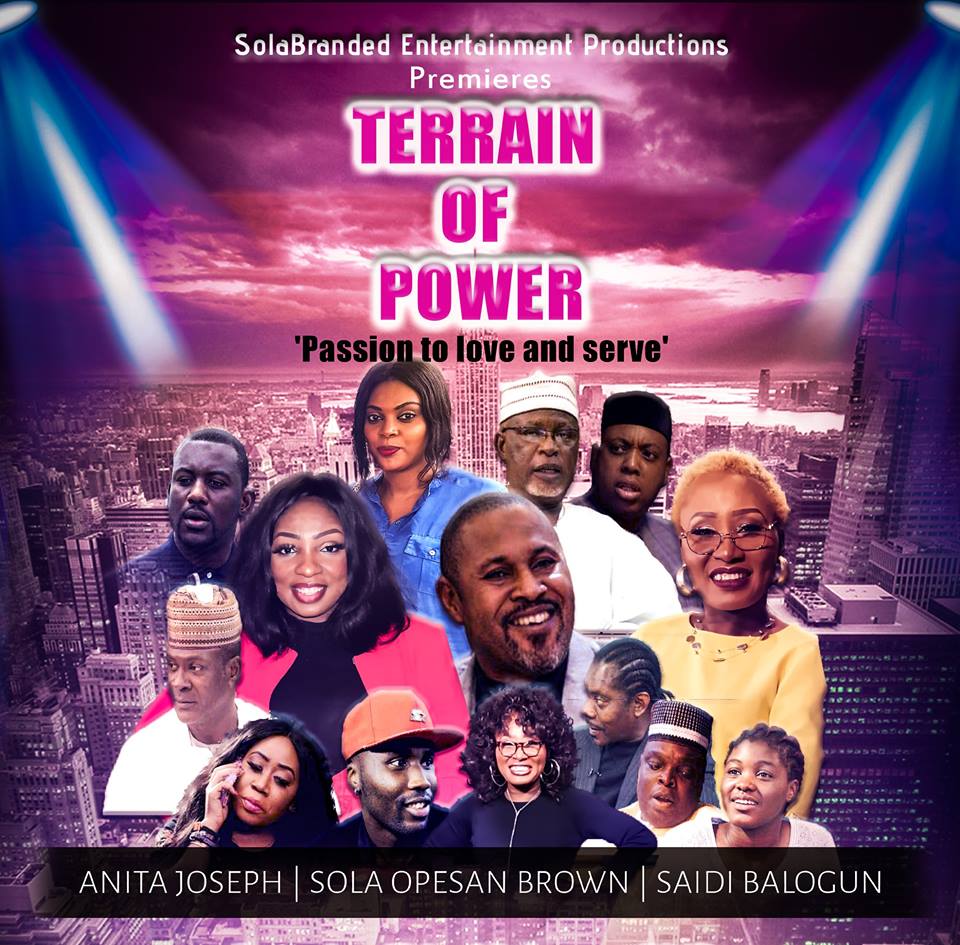 The stage is set as fans and friends of popular Europe-based Nigerian blogger and convener of Miss Black Europe, MBE, Sola Opesan Brown, will be to storming the prestigious Sheraton Hotel on Saturday, February 17, 2018, for the premiere of the anticipated movie TERRAIN OF POWER.

The movie, which promises to be filled with humor, suspense, comedy, love, and jealousy, features a host of heavyweight artists from the industry.

According to the producer, the movie TERRAIN OF POWER will be unveiled by His Imperial Majesty, Telu1, the Oluwo of Iwo and His Excellency Simon Achuba, the Deputy Governor of Kogi State, as the event will be presided by Prof. Olu Aina.

“The movie is a mixture of fact and fiction. It’s about a media lady encouraging the leaders to do well, also she uses her influence to help the less privileged.

“It promises a lot of entertainment and also moral lessons to learn from as it silently creates awareness for the need to pay attention to the people they serve,” she added.

Watch out for this blockbuster as it promises to be super interesting.