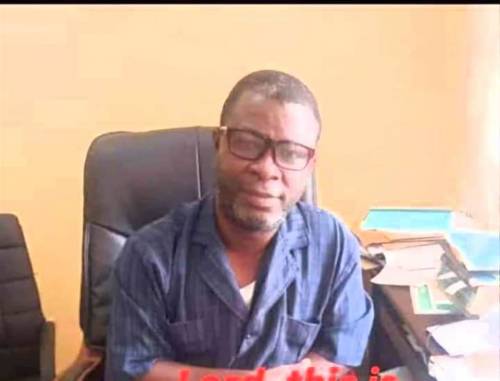 The Academic Staff Union of Universities (ASUU) has called on the police and other security agencies to fish out those behind the killing of Prof. Gideon Okedayo, found dead in a bush on Sept. 9.

Okedayo was a senior lecturer at the Ondo State University of Science and Technology (OSUSTECH), Okitipupa in Ondo State.

The Chairman of the OSUSTECH Chapter of ASUU, Dr Dipo Akomolafe, made the demand in a statement on Tuesday in Okitipupa.

The News Agency of Nigeria (NAN) reports that Okedayo was kidnapped on Sept. 5 at Akoko Junction on the Igala-Auchi road in Edo.

The incident is another sad tale on the precarious security situation on major highways in Nigeria, where many people have been abducted and murdered in recent years.

Akomolafe said the Edo State Police Command and other security agencies did not do enough to rescue the lecturer from his abductors.

The ASUU chairman added that security agencies also failed to contact Okedayo’s family members on developments on the abduction.

He described the death of the lecturer as shocking and mysterious as the abductors never contacted any family member or associate of the murdered lecturer for ransom until his decomposing body was later found.

The unionist said the death of Okedayo had exposed ”the inefficiency and ineptitude” of the security agencies as no information on Okedayos whereabouts was given until his death.

Akomolafe said that Okedayo’s demise was one death too many, recalling that another lecturer of the school, Prof. Adegboyega Obadofin, was roasted in an inferno sometime in 2018 without help from security agencies.

“Prof. Okedayo’s death has exposed the nakedness of our security system, the inefficiency and ineptitude of the nation’s security apparatus.

“It was clear that despite the efforts of the university administration and the union to see to his quick release, there was nothing to show that the security agencies we reported to did anything towards finding him.

“The police did not communicate with the university administration on their efforts towards identifying where he was kept until his decomposing body was later found.

“This is more than mere kidnap as we demand that the police and other security agencies should as a matter of urgency unravel the scenes behind this death,” Akomolafe said.

The Public Relations Officer of the Edo State Police Command, Mr Chidi Nwabuzor, who confirmed the recovery of Okedayo’s body, said the police did their best on the matter.

He said that the family of the lecturer did not report the kidnap to the police, disclosing that the command was contacting the person who reported the case to the police.

The spokesman said that investigation was going on to unravel the death of the teacher, adding that findings would be communicated to the media.

“Police are not magicians or spirits. We rely and act on information and intelligence gathering at our disposal to unravel criminal activities.

“There are several occasions when some suspects were arrested and they will confess to crimes committed 20 years earlier. So the investigation is ongoing to unravel the death of the professor,” said Nwabuzor.

NAN reports that the police command had since recovered the late lecturer’s official car, a Toyota Corolla car with registration number 06X47 OD.

Okedayo was also the Acting Dean of the School of Post Graduate Studies at OSUSTECH.