My Party, YPP Will Fund My Campaign Through Voluntary Contributions – Kingsley Moghalu 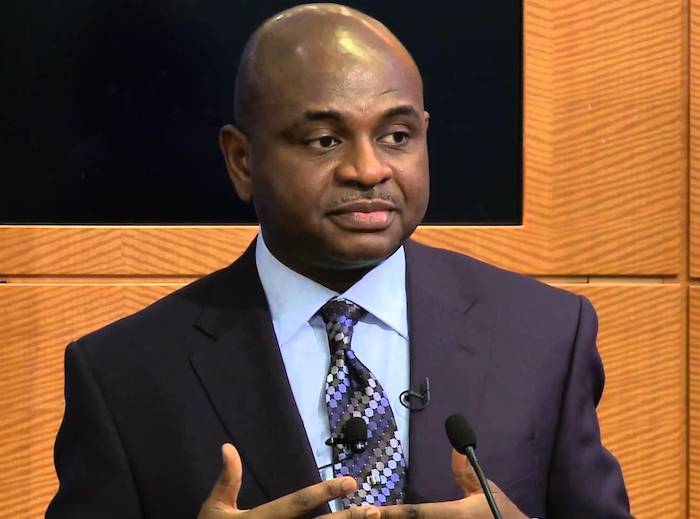 The presidential candidate of the Young Progressives Party (YPP), Kingsley Moghalu, says he has spent over N200 million of his “personal money” on the bid to emerge Nigeria’s president.

He said his party will fund its campaign through voluntary contributions of its members and the public, adding that he does not have a political godfather.

“I joined politics to run for the presidency using my own money, I have spent over N200 million of my personal money so far, I do not have any political godfather,” Moghalu said.

Moghalu made the remark at a town hall meeting organised by the Nigeria Television Authority (NTA) and Daria Media with support from the MacArthur Foundation.

The town hall meeting, tagged ‘The Candidates’, is a two-hour televised series featuring the presidential and vice-presidential candidates of four leading political parties.

Moghalu, who is venturing into politics for the first time, is a former deputy governor of the Central Bank of Nigeria (CBN).

He said if elected as the nation’s next president, he would drive the economy by encouraging innovation and growth of small businesses.

He said his party would ensure that the current N500 billion social intervention fund was effectively used to improve the lot of Nigerians.

The candidate said his administration would put the fund into a productive capital venture that would create and allow people to run their businesses within six months of assuming office.

Moghalu said he would guarantee wealth and job creation in the country.

“My being educated has showed me what Nigeria should be in terms of economy, infrastructure, and the well being of the people, and I will use my education to improve the lots of the people,” he said.

Moghalu said the time to transform the country had come, adding that Nigeria needs a vibrant leadership to address the challenges of the 24th century.

President Muhammadu Buhari and Vice-President Yemi Osinbajo are expected to feature on the programme on January 16 while Omoyele Sowore and his running mate, Rabiu Rufai, would feature on January 23.

The organisers say Atiku Abubakar and his running mate, Peter Obi, would be feature on the programme on January 30.

My Party, YPP Will Fund My Campaign Through Voluntary Contributions – Kingsley Moghalu was last modified: January 10th, 2019 by Damilare Salami