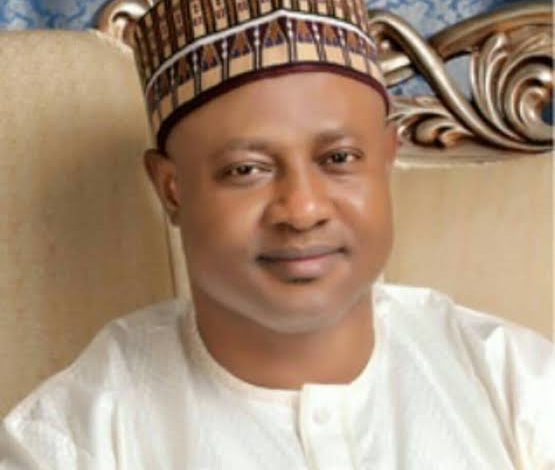 Uba Sani is one of the trusted aides of Kaduna Governor Mallam Nasir El-Rufai. He also serves as the Senior Adviser to the Governor on Political and Inter-Governmental Affairs. Uba Sani in the last few years, has become not only visible in the political affairs of the state, but also a force to rekon with.

City People reliably gathered that he is referred to as the “de facto Governor” of the state because of his Influence, Power and Ability to get things done in the state. Since he was appointed political Adviser to the Governor, Uba has been able to empower people, and provide for their needs. This, it was gathered is because he has, over the years been able to build a political structure of loyal supporters.

So, it came as no surprise when the state governor endorsed him to contest for the senatorial seat, of Kaduna Central Senatorial District in the 2019 elections, against Senator Shehu Sani who he (the governor) has been having a running battle with. The Kaduna Central Senatorial seat was dogged with lots of controversies  that forced the incumbent senator, Shehu Sani, to defect from the APC to the People’s Redemption Party to realize his ambition. Uba Sani who clinched the ticket amidst   intense primaries  promised to work in the interest of the state, if elected into the National Assembly in 2019.

The senatorial hopeful, in an interview with City People, disclosed that, he has no illusions about the hurdles that came with the race, “our mistake will be to take things for granted”.  As 2019 draws closer, “I must remind our supporters that the battle ahead is enormous, we must not relent until victory is achieved in 2019”.

Sani who once served as a senior special assistant  on Public affairs to ex-President Olusegun Obasanjo and Founder of the Uba Sani skills Acquisition Centre for Youths, Women and under-Privileged lauded the efforts of his, supporters, delegates in ensuring that he clinched the ticket. “My mission is to offer quality representation that would attract projects, investments that would positively change the condition of the people of the state”. He reminded his supporters that the job was only half done as they must brace up for the 2019 electoral battle “We must come up with strategies that would ensure total victory at the polls”.

Uba Sani, who picked the APC ticket polled 2,088 votes to beat the incumbent Sen. Shehu Sani, who did not participate at the elections, but got 15 votes, and three other aspirants. But the APC National Working Committee had earlier cleared Sehu Sani as the sole candidate in the race, which was resisted by the other aspirants and party loyalists , Meanwhile, Sani had earlier announced his withdrawal from the primaries, describing the exercise as illegal.

Meanwhile, Prof. Eddie Floyd – Igbo, the APC Coordinator for the Kaduna Central Senatorial Zone, announced that one of the aspirants, Usman Ibrahim, got 129 votes, Sen Sani Saleh who  served Kaduna Central in the senate 2011-2015 got 55 votes, and Shamsudeen Shehu  got 6 votes.

The controversy that surrounded the Kaduna Central Senatorial slot was trailed to controversies btween Shehu Sani and the governor. Observers wondered what the outcome would be. At the end of the day, Uba Sani, the preferred candidate, won the seat, promising to work for the overall interest of the state. Apparently, referring to the rejection of the $350 million loan spearheaded by the three senators from the state, Shehu Sani, Shetima Laah and Suleiman Hunkuyi,  he deftly avoided mentioning the real issue.

Uba, who is also the state’s political strategist holds a Master’s of Science degree in Finance from the University of Calabar, PGD in Business Admin from the University of Abuja and a Higher National Diploma in Mechanical Engineering from Kaduna poly. He has also made use of his civil society organisation, the Movement for Freedom and Justice to champion the rights of the underprivileged in the society. Born in 1970, he played a leading role against military rule in the country during the struggle for revalidation of the annuled June 12, 1990 Presidential election.  He was once National Vice Chairman (North) of Campaign for Democracy (CD) and Deputy National Chairman (North) of the Joint Action Committee (JACON). He also founded the El-Rufai Foundation, which is devoted to entrepreneurship and skills acquisition. It also serves as a unique window of training and job opportunities for young men and women of Kaduna State.