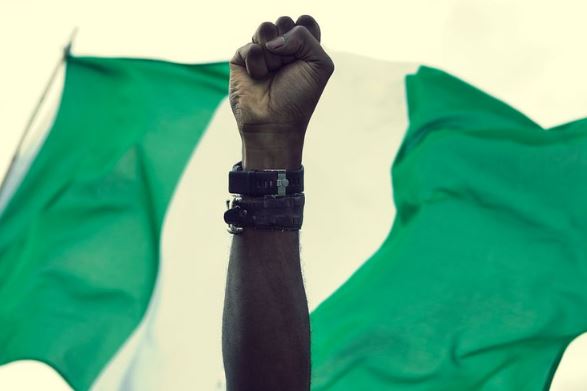 The Green Chamber is pushing to curtail the abuse of the national flag by Nigerians as the issue is becoming rampant.

The House of Representatives yesterday approved the second reading of a bill seeking to impose N100,000 fine on anyone who abuses the country’s national flag.

Discussing the general principles of the bill at plenary, the sponsor, Sam Onuigbo (Abia-PDP) lamented the high rate of abuse which the national flag is being subjected to, and urged the House to do everything possible to preserve it.

When passed, he said the bill, which would amend the Flag and Coat of Arms Act 2004, would further make provisions to safeguard all the country’s national heritage.

He expressed concern that there are underground efforts to change the national flag as many public and government offices now include the coat of arms in it.

According to him: “It is important to declare that any addition, subtraction or superimposition outside the version designed by Pa Michael Akinkunmi in 1959 is not the Nigerian flag.”

Section 10 of the Principal Act is being amended by removing the fine of N100 and replacing same with N100,000, he said. Also, the House yesterday urged the Federal Government to commence inventory and subsequent registration of motorcycles and tricycles across the country.

In a motion by Karimi Sunday (PDP, Kogi), the lawmakers also mandated the Committee on Federal Road Safety Commission (FRSC) to liaise with the Road Safety Corps, the Directorate of Road Transport Service and other stakeholders to ensure the documentation of these modes of transportation and report back in four weeks.