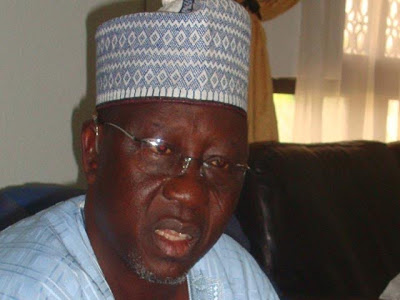 One of the sons of Nasarawa state governor, Umar Al-Makura, Khaleed, has been arrested by the state police command for allegedly using his car to kill one Ovye Amos, a JSS2 student of Government Secondary School, Lafia on Sunday March 19th.

According to reports, Amos was out to buy batteries for his torchlight when he was knocked down by a car that was being driven by Khaleed.

Fellow students of the deceased staged a peaceful protest yesterday, demanding that the case should not be swept under the carpet and that Khaleed must face the full wrath of the law.