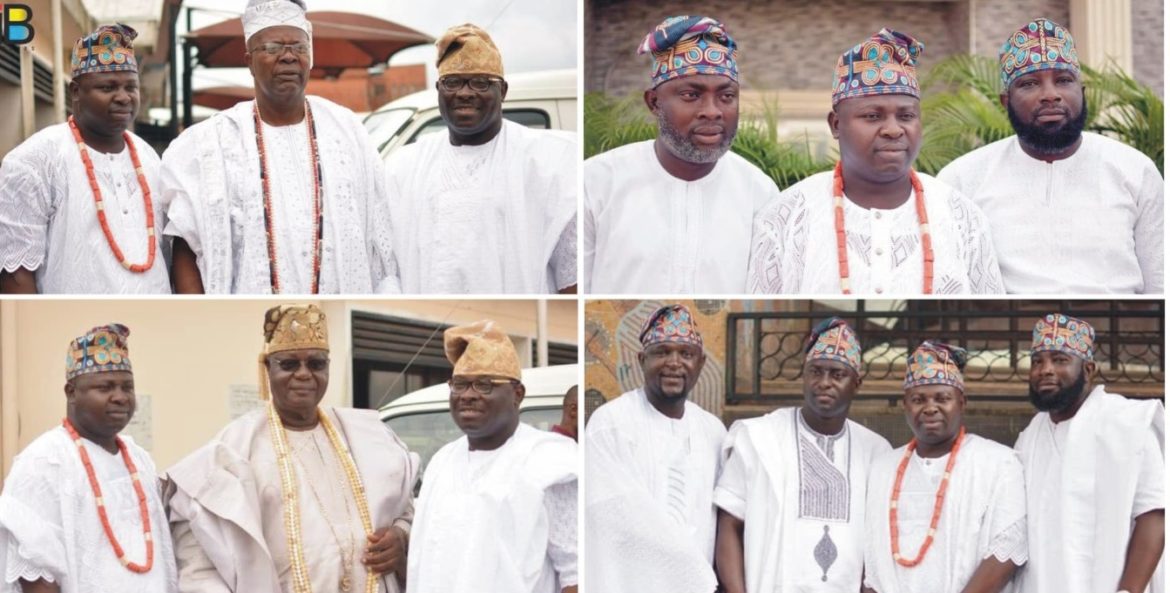 A new age group, “Obayori (Okunrin)  Akile Ijebu (Kuye)”, formally known, as “Ijebu Regberegbe (Okunrin) 1977-1979” has emerged. And it is going to be one of the brand new age group that will take part in this weeks 2018. Ojude Oba Festival in Ijebu-Ode. They are Ijebu sons born in the year 1977, 1978 & 1979, has been operating underneath for the past four years under the Coordination of Mr. Ayodeji Kolade Kuku, until Sunday, 30th July 2017, when at an epoch-making event, the Egbe decided to elect its Executive Committee Members known as, Giwa-in-Council.

The historical event was part of the prerequisite for the official and traditional recognition by His Royal Majesty, The Awujale and Paramount Ruler of Ijebuland, Oba (Dr) Sikiru Kayode Adetona, CFR.

The emergence of the Giwa, Alhaji Suraju Lasisi, and other executive committee marked the beginning of a new dawn in the Egbe.

Prior to the aforementioned, the Egbe has set up an electoral committee known and referred to as “THE AFOBAJES” on 9th April, 2018. The committee were has follows: (1) Mr. Opeyemi Idris – Chairman (2) Hon. Muyiwa Aserinkan- Secretary (3) Mr Adekunle Adetola – Member (4) Mr Saheed Mustapha -Member (5) Comrade Akeem Akilo – Member (6) Mr Ganiyu Adesegun – Member (7) Mr Oluseun Osibajo – Member. The committee was saddled with the responsibility of ushering in the new leadership for the Egbe. The process ushered in the new face of Giwa-in-Council.

THE GIWA IN COUNCIL (GIC) AND THE EXECUTIVE AUTHORITY

However, having put in place the structure for the egbe, another landmarks achievement was the appointment of Baba Egbe, Iya Egbe, Akeweje Okunrin, Akeweje Obirin and the Adviser by the Giwa-in-Council.

OUR LOGO……OUR SYMBOL: WHAT WE

Our logo is our symbol. The colour scheme, and all patterns of the logo symbolizes what we stand for as far as our Egbe goes, much of what we do will seem unchanged. We will continue to observe and evolve our Code of Conduct. We will continue to grow our memberships globally through innovation and creativity.

COLOUR BLUE:  Colour Blue is associated with depth and stability. It symbolizes : trust, loyalty, wisdom &  confidence. The blue was the strongest and most recognisable colour from our previous colour palette.

We wanted a logo that will  concisely convey everything that our Egbe stands for. It had to be fundamentally apparent that we are a traditional group, that we are reliable, informed and above all else we are culturally oriented.

As at the last Ojude Oba Day celebration, 2017, the last and the latest Regberegbe age grade in Ijebuland was “Egbe Bobamaiyegun Akile Ijebu”. They are the Ijebu sons and daughters born in the year 1974, 1975 & 1976.

However, the next to this group is “Egbe Obayori Akile Ijebu”. These are the Ijebu sons and daughters born in the Year 1977, 1978 & 1979 according to the official age grading gazette from the Awujale’s Palace.

This Obayori group, as at 2017 Ojude Oba festival, had not been officially inaugurated and traditionally recognized in Ijebuland, since the Awujale & the paramount ruler of Ijebuland, Alaiyeluwa Oba (Dr) Sikiru Kayode Adetona, CFR, JP. Ogbagba II, is the only authority to certify and bestow royal blessing on any Age Grade before its public appearance.

Therefore, our social and economic participation in any event in Ijebuland had not received royal consent. Our Age Group, “Egbe Obayori”, then, known and referred to as “Ijebu Regberegbe (Okunrin) Akile 1977-1979” under the leadership of Giwa Suraju Lasisi and the Baba Egbe, Hon. Barrister Ademorin Kuye, went to 2017 Ojude Oba Festival to observe and watch the event so as to be acquainted with the traditional norms, value and ethics of the celebration as an observer.