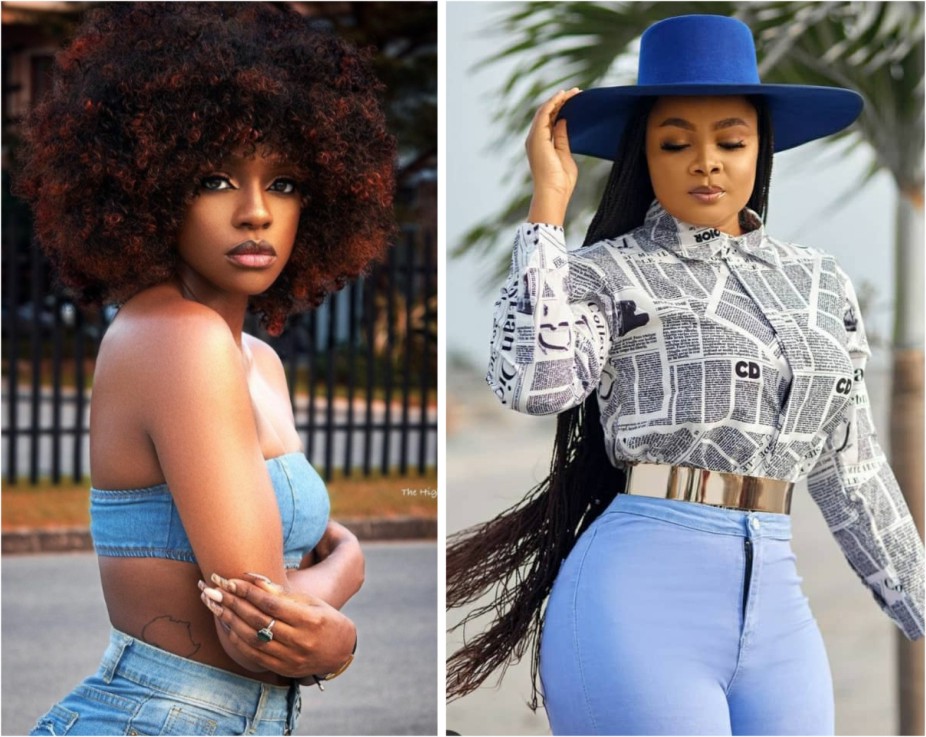 The movie industry is one place that many don’t keep friends for too long. This is mainly because of the jealousy and envy that exists in the industry. Despite this, there are some friendships that have lasted for years, and the love they share between themselves has been waxing stronger. Even when many concluded they won’t last for long they keep proving people wrong and still stick together. Friends like Chioma Chukwuka and Omoni Oboli, Funke Akindele and Eniola Badmus, Rita Dominic and Kate Henshaw, Adesua Etomi and Linda Ejiofor.

Bimbo Oshin and Jaiye Kuti, Iyabo Ojo and Tosin Abiola amongst others.

These popular stars have stuck together through thin and thick, always giving us friendship goals. And they have also changed the narrative about friendship in the movie industry.

Besides these above mentioned movie stars, there are other stars, who lately are not just getting close but have started building new relationship, and they often celebrate themselves on social media.

Many have noticed the new found love between Toyin Abraham and Mercy Johnson. Their friendship has been trending on social media for the past few weeks. The connection got stronger on the movie set of Toyin Abraham’s latest movie, where they both played very vital roles.

Many know Mercy Johnson as a lane minder that keeps to herself a lot in the industry. Though, she has been close to stars like Juliet Ibrahim, Chika Ike, Yovnne Nelson in the past. But all the same, she is not someone that is really her into celebrating or showcasing her friendship with her colleagues on social media, but lately she has been celebrating Toyin Abraham and how she has influence her positively and Toyin has been doing same.

This is a friendship many fans pray lasts for so long, because the duo has huge fan base who are not just ordinary fans but die hard fans.

Gone are the days when Ebube Nwagbo used to be very close to Oge Okoye. But now the relationship between Onyi Alex and Ebube Nwagbo is like a friendship made in heaven.

These two pretty actresses are always there for each other. Besides hanging out with each other, they often embark on vacation together.

They are so close that when Nancy decided to take a break from work and relax, these two beautiful babes spent the break together taking out time off work.

Though Seyi Edun’s sees Lizzy as an elder sister in the industry, but their relationship is closely knitted.

Also beautiful and multi-talented actresses, Bimbo Ademoye and Jemima Osunde also share a very close relationship. Though these two are still friends with other actresses in the industry, but they are both very close and many tag them as Besties.

Sophia Alakija and Efe Irele are two young, beautiful and highly talented stars, rocking the movie scene. Besides ruling the make believe world, these two gorgeous ladies share a very cordial relationship and they are always dishing out some bestie goals on social media to their fans.

They are often together and also step out together.

Another movie stars we have noticed are getting a bit close is Funke Akindele and Mercy Aigbe. Though, it is known fact that Funke shares very close and cordial relationship with Eniola Badmus and Bimbo Thomas.

But lately the relationship Funke and Mercy share is beyond working relationship, though it might be nothing compared to what she shares with Eniola and Bimbo. But they are quite close, and often display it on social media.

Supermarts Take Over Sale Of AGEGE Bread Across LAGOS