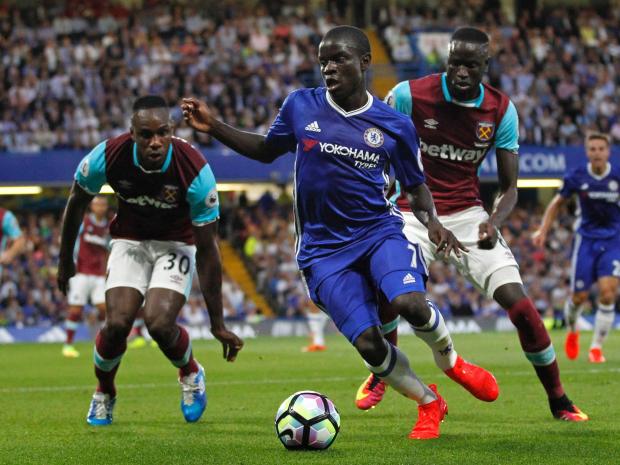 Chelsea newcomer, N’Golo Kante has enjoyed a perfect comparison with his fellow countryman and ex- club great Claude Makelele, for the 25-year-old’s stellar performance so far this season.
Dennis Wise who made this comparison said Kante is one of the reasons the London side appear to be cruising towards the Premier League title.
Since joining from Leicester City last year, France International Kante has made the anchorman role his own at Chelsea, who have a 10-point cushion over second-placed Tottenham Hotspur with 12 games remaining.
“He is very much like him (Makelele). He breaks things up really well and his passing is impressive,” Wise, who made over 300 appearances in 11 years at Chelsea, told the club’s website.
“He’s an unsung hero and people are recognising what he is doing for the team. He closes people down and he shuts hole, protects the back three and I think he’s done fantastic ever since he’s come in.”
Wise also felt Chelsea would have no problem dealing with the pressure having won the title in 2015.
“Some of these players, they’re big players, they’ve been in this situation before so I can see them coping quite easily with the pressure coming towards them,” Wise added.
Chelsea travel to face London rivals West Ham United on Monday.