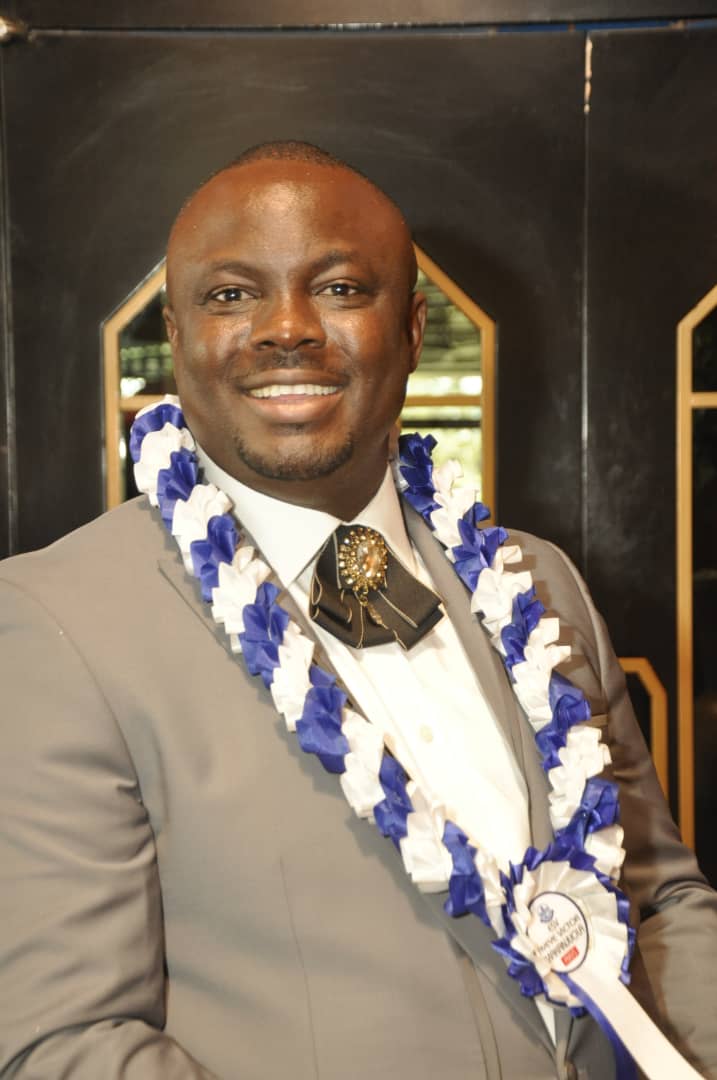 IN CELEBRATION OF LAUDABLE LANDMARKS

The firm of Ayeye & Co which he established ten years ago had groomed over 100 graduates and probationers, most of who he mentored and trained to become Associate Members of The Institution so if we call him the boss of bosses, we would not be wrong.

His passion for leadership training and contributions to national development motivated the establishment of Kings Care Universal School in Abuja about five years ago. The school is a household name in Abuja today, and the leading Private Nursery and Primary in the Federal Capital City. The fact that parents struggle to get their children enrolled in the school is a clear testimony to this.

The almighty God recognized his zeal and passion for human and leadership development by calling him to His service. The ordained Minister of God , Provincial Youth Pastor for FCT Province 13 and the Pastor in charge of Covenant House of the Redeemed Christian Church of God in Abuja has been building destinies, and winning souls for the kingdom of God.

In a nutshell, his zeal, passion for excellence, and achievements are legendary.

In a chat with our team, one of his senior colleagues and the Immediate Past President of The Institution he served as the Honorary National Secretary, ESV B.J. Patunola-Ajayi spoke eloquently on his deftness, brilliance, determination, commitment  creativity. In his words, “the young man is a gift to our Institution.’’

Corroborating this, ESV Emmanuel Alao, a Fellow of The Institution & Former Chairman of ABUJA branch of the Institution said, having been a friend and close confidant of ESV ( Pastor) Victor Ayeye for the past ten years, he could say unequivocally that Ayeye is a delight any day, any time. He described him as a professional thorough and thorough.

When asked how he feels to be a Fellow of The Institution, an elated Ayeye responded that he felt great that his years of toil, hard work, resilience and sacrifices had not been in vain. The result is what we are celebrating today. ‘’ There is time for everything under the sun, it is time to celebrate’’, he said.

He quickly added that it is not yet time to rest, but time to work harder, for the best is yet to come.

On what drives him in life, ESV (Pastor) Victor Ayeye said the desire to excel, to leave a mark, to leave behind legacies are his motivating factors.

Management and graduating as the overall best student during his set. He was later honored by the same institution Twelve years later as the Most Valuable Alumni.He became an Associate Member of The Institution in 2007, set up the firm Ayeye & Co 2009 and was transferred to Fellow in 2018.Its also on record that he is the first alumni of his Alma Mata to attain this enviable height.

He is married to Olubunmi Damilola and the marriage is blessed with four children, three girls and one boy.